The Toronto gay community faced a massive shock on February 4, 1981, with different people voicing out there opinions on what is to be done after the community was destabilized. The situation escalated the following night after the police armed with weapons raided four gay bathhouses arresting more than 250 gay men.

The president of the Canadian Lesbian and Gay Archives, Dennis Findlay stated that the situation was quite a shock for the gay community worldwide. It felt as if every gay individual was at risk and prompted a mixed feeling amongst people.
“Not just the gay community but also the straight community also went,’ what is going on here? That is utter invasion of people’s privacy.”

The event that took place was very wrong on the part of the gay community as they also have the right to practice what they believe in. Findlay expressed that the raid that took place was something he never imagine will happen and will not wish such to have happen to gay people.

The raid was a humiliating act for most of the people that were arrested because they also had a life to live in the normal world. One of the people that were arrested was Ron Rosenes said he was asked to appear in court. He claims that the arrest was hilarious since the activities that they done was not carried out in public and was a normal practice for gay people.

The event set to light the true personality of some people. Even though he was known by his family to be gay, some of the people that were arrested were not fortunate. Most gay people that were at the bathhouse did so unbeknown to their friends and family in fear of how people will react.

Findlay expressed that he was quite shocked by the number of people that turned up and so were the police who were also surrounding the Toronto Police 52 division. The protest proved that more people were not in favor of the actions the police took.

Another group of protesters gathered at the Ontario legislature at the Queen’s Park were a minor fight broke out between the police and the protesters.

Findlay went on to say that “there followed almost instant community reaction on a scale that was extraordinary. People who had not been particularly active in advocacy either persuaded themselves or were persuaded to fight these charges.”

“It was our stonewall”
The gay community responded to the situation saying that the raid and arrest was a much needed push for its members as it motivated them to stand for their rights without backing down. It also prompted the community to work as a team in the interest of the safeety of its members. 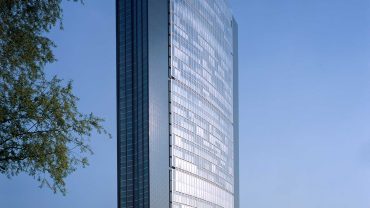