CALGARY, the latest energy oriented firm is speeding up its oil patch investment to capitalize on bargain prices and an expected renaissance in oil prices next year

ARC financial Corp. has been particularly active in 2016 in part due to the $1.5 billion pledged a year ago to a new investment fund, enthused co-CEO Lauchlan Currie in a recent interview. ARC has about $5.3 billion in investor pledges through eight energy funds and also invested in over 180 companies in the past 20 years.

“We are backing a number of early stage private companies that are out looking for acquisitions,” Currie said.

“We just see it as one of the best opportunities in a long time because we’re anticipating a recovery probably into 2017. And we’re capturing high-quality assets that you’re just not normally going to get access to.”

The vice president of strategic initiatives for ATB financial, Bruce Edgelow, said in a recent interview that commodity price fluctuations has made it hard for buyers and sellers to come to an agreement on prices in the last two years. But he said there are a lot of big Canadian and International investors patiently waiting to invest in the Western Canada oil and gas sector

“We think the number is very conservatively $10 billion Cdn that is available to do the transactions,” he said.

“The capital has been there almost since this downturn started but we have not seen the deployment of it quite yet because the gateposts are fairly wide between the buyers and the sellers.”

Rising Star Resources, a newly formed junior oil and gas producer lst week announced that it made $25 million from private equity firms, Lex Capital of Regina and 32 Degrees of Calgary.

Steve Sugianto, the CEO said tapping into private equity was the only option for Rising Star if they were to reach their goal of buying oil-weighted production at an affordable price ($30 million) from Calgary junior Petrus Resources

“We were looking for private because we feel like, with the timing, the public market is still not quite open yet for the small guy,” he said.

Mitch Putnam, the managing partner at 32 Degrees said the private equity firm has about $200 million under management and is wants to invest it with trusted management teams in “bite sizes” of $10-$15 million each. It has already promised $10 million to Rising Star

“Last year, I think we were all a little paralyzed. The deal flow just wasn’t happening for private equity and particularly for us,” he said. “I just don’t think the assets were available as they are today.”

He added that because of the length of the commodity price downturn, limited access to public capital markets and pressure from their lenders, companies are more open to the idea of selling

“I’m just quite happy to be placing money at this part in the cycle,” he said.

Putnam said 32 Degrees participated in only one financing deal last year. Already this year it has completed 2 new deals and 2 top-ups of existing deals, effectively increasing its list to about 15 companies. Currie was reluctant to provide a list of ARC’s investment this year but confirmed those that have been made public

He said ARC are interested in investments ranging from $50-$200 million and plan to withdraw the investment, including good returns, in 3 to six years’ time. 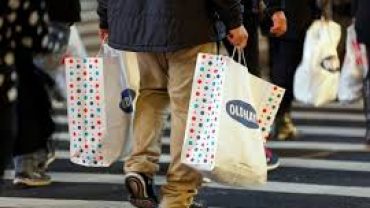