Since last year, governments on different levels have been going all out to come up with measures to bring down the housing market under control. The British Columbia government in August last year introduced a 15% tax on foreign buyers with the aim of cooling the market.

At that time the Ontario government was not in favor of such a tax noting that it could have possible adverse effects on other neighboring markets but after several months of rapid price increase in Toronto, the government decided to implement a similar tax to that of Vancouver.

Governments also introduced other regulations including strict mortgage rules which require people to go through stress tests to determine if they can pay back their loan if there is to be any changes in the interest rates; a vacant home tax was also introduced.

But all these market changes according to a prominent housing expert stated that it is a bit scary that any slight change to the market can be very detrimental.

According to David Madani, senior Canadian economist at Capital Economics, it’s a great concern for him that policy makers might decide to make additional regulations with the aim of cooling home prices that are still rising.

He went on to give an example of this by pointing at the housing speculation tax which has been evaluating the media recently.

In a recent Economic Club of Canada panel debate, it was stated by the chief economist of the Canadian Real Estate Association, Gregory Klump that there are no signs that policymakers will cease from making new rules any time soon.

He went on to say that a tax on speculators will most likely be the next move but this however will not be a wise decision to make.

Madani went on to warn that this should be a worrisome situation as such a situation that has previously occurred in the past in 1974 and it crumbled the entire housing market. He added that he cannot get rid of the thought that history will once again repeat itself.

In a bid to cool home prices, the Ontario government in its 1974 budget under the guidance of Premier Bill Davis introduced a 50% land speculative tax and this wrecked the housing market. 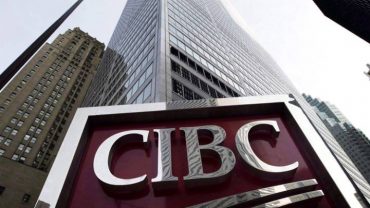