In a report last year, alcohol seemed to be the cause of many heart attacks. According to the report, most people admitted at the hospital were having alcohol-related conditions.

The report, which was released on Thursday by the Canadian Institute for Health Information (CIHI), 77,000 admissions on alcohol poisoning, alcohol withdrawal, liver disease, chronic alcohol abuse and other conditions that are “100 per cent caused by the harmful consumption of alcohol”. Theoretically, that accounted for 212 each day excluding others that might have been cured by the emergency departments and got released.

Geoff Hynes, manager of the Canadian Population Health Initiative for CIHI stated, “our expectation is that this will be an important indicator for monitoring public health, we can look at patterns, which could inform what governments and the health system can do to address these high numbers.”

Patients and people need to know that drinking carries has a lot of health-related issues like Pancreatitis, Liver cirrhosis, diabetes, and cardiovascular heart disease, and worst of all, death.

According to a study by the Institute for health Metrics and Evaluation, cited by CIHI, there were approximately 5,082 alcohol-attributed deaths in 2015. But there are other societal effects of excessive drinking; taking account of law enforcement, lost productivity, prevention, and research initiatives all estimates to a total of $14 billion in 2002.

“On average, there were more alcohol-related hospitalizations in the territories than in the provinces, and more in the west than in the east, with the exception of Nova Scotia. But regional variations can’t be easily explained.” CBS. “Generally, where sales of alcohol are higher – measured in volume of litres per capita – there was also a higher prevalence of heavy drinking (five or more drinks for men and four or more drinks for women on one occasion at least once a month over a one-year period). And the rates of hospitalization typically followed: B.C., Alberta, Northwest Territories and Yukon had high rates of all three.” 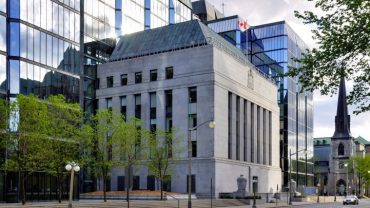