It’s been almost two years since the government announced it was investigating the German automaker for allegedly installing “defeat devices” in its diesel vehicles to circumvent environmental standards, and sadly, the investigation is still ongoing.

In was during this time that regulators in the United States secured billions of dollars in penalties and settlements after the car maker pleaded guilty to a long-running conspiracy that deceived customers and duped emissions standards. Around 105,000 of those same types of cars- Volkswagen and Audi vehicles with 2.0-liter diesel engines from model years 2009 to 2015 – sold or leased in Canada.

“It would be a gross abdication of the minister’s duty if Canada were not to investigate and prosecute VW as the U.S. has done, and extract from it a substantial penalty, the proceeds of which could be used for the good of Canada’s people, environment and industry,” stated the letter.

The letters are signed by the executive directors of Environmental Defense, Quebec-based Equiterre, and the Canadian Association of Physicians for the Environment.

“The U.S. extracted up to $14.7 billion in settlements from Volkswagen in connection with the diesel scandal. Several billions of dollars will go toward pollution mitigation and building infrastructure for zero emission vehicles.” The Star

Tim Gray, biologist and executive director for Environmental Defense, said “the government has never had enough money for working on pollution-related issues in this country, why should that be left on the table when it is clearly available?”

A few months back in April, Ontario and Quebec approved a $2.1- billion settlement in a class-action lawsuit that offered cash payments to the 105,000 Canadian customers. The settlement was not an admission of liability, said Volkswagen said at the time in a statement.

The company agreed to pay an additional $15- million penalty resulting from an investigation by the federal Companies misled consumers with false environmental marketing claims.

“Earlier this year, Volkswagen Canada resumed selling some of these scandal-plagued diesel cars at dealerships across the country despite the vehicles being under investigation. The models have updated emissions software and will also receive new hardware at a later date.” Noted the Star. 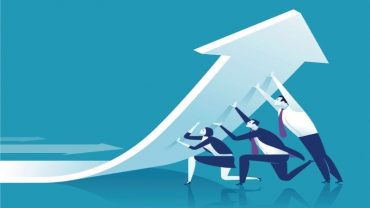