The Federal Court of Appeal has ruled against Kinder Morgan Canada and the central government in connection to the current Trans Mountain Pipeline.

Tuesday’s decision expresses the government failed in its lawful commitment to act to the best advantage of the Coldwater Indian Band when it failed to modernize the terms of a 1952 decision that enabled Kinder Morgan to utilize Coldwater’s reserve for the pipeline.

Coldwater Indian Band, which is situated around 12 kilometers south of Merritt, B.C., has around 860 members, half of which live on the reserve.

The current Trans Mountain Pipeline was built through the reserve in 1952.

The ruling expresses the minister of Indigenous affairs neglected to guarantee the terms approving Kinder Morgan’s utilization of the reserve were updated from the obsolete terms of 1952.

As indicated by court records, the minister endorsed the exchange without properly examining the transaction.

“In the circumstance, particularly in light of the importance of Coldwater’s interest in its reserve lands, the Crown was under a continuing duty to preserve and protect the band’s interest in the reserve land from an exploitive or improvident bargain,” the decision reads.

“The minister’s failure to assess the current and ongoing impact of the continuation of the easement on Coldwater’s right to use and enjoy its lands rendered his decision unreasonable.”

In a release issued on Wednesday, Coldwater’s chief and council said they were content with the court’s choice.

“We are very happy that the court recognized the importance of our land to the Coldwater people and that it is holding the Crown to a high standard of conduct in making decisions about our land,” said Coldwater Chief Lee Spahan.

“Now things must change. This is a great day for Coldwater and all First Nations.”

The press secretary to Crown-Indigenous Affairs Minister Carolyn Bennett says she might want to work with the Coldwater leadership to address the issues in the decision and discover a way ahead. 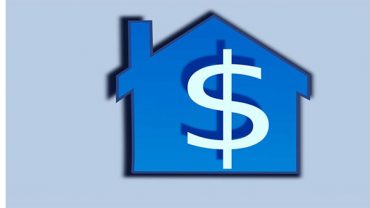