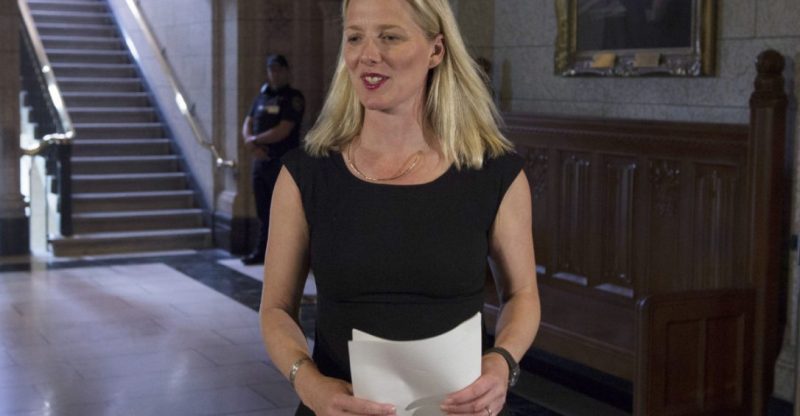 An amount of $2 billion Low Carbon Economy fund has been promised by the Trudeau government, the cash will be used in two streams in the upcoming five years.

The federal government’s national climate change treaty should be signed by Manitoba and Saskatchewan from now till the end of this year, or they will have to forfeit a lot of money in order to have emissions terminated.

A base of $30 million will be given to the provinces that are eligible, each of them will have that plus a per-capital close to $1 billion. The share of the cash will only be given if the provinces ($66 million for Manitoba and $62 million for Saskatchewan) sign up by the end of the year as informed. If they do not, their share will be transferred to a challenge fund. Then can then sign up under the challenger fund despite having being part of the framework.

McKenna said; “We’re certainly working very hard with Saskatchewan and Manitoba and are very hopeful that they’ll sign up to the pan-Canadian plan on climate change. But let’s be clear, all provinces and territories agreed in the Vancouver declaration with the prime minister that we needed to have a credible plan with serious actions that would meet our international obligations. The pan-Canadian framework on climate change represents that plan and we will be supporting provinces and territories that have signed up for the plan.”

He said it is only fair that the provinces that lend a hand to Canada meet its international obligations to have emissions cut and get a share of the fund. Manitoba does not want to sign the framework as a means of finding level ground to get more cash for their health care.