Justbet, Bitcoin center sports betting website has recently been undergoing investigation as declared by regulators in Australia. Justbet’s IP address can be tracked all the way in Costa Rica, nonetheless, the website is represented as Australian by registering its domain in an Australian Island territory.

Bitcoin betting site Under inquiry for misrepresentation of their whereabouts

The Christmas Island Domain Administration (CIDA) is responsible for the registration of the Justbet website. CIDA argues to be a non-profit social enterprise that offers internet services to the people of Christmas Island, to be precise, Christmas Island is an offshore Australian landmark.

Justbet is capable of giving the opinion that it is governed by Australian law, as a result of utilizing a ‘.cx’ address. Nevertheless, the sites IP address is tracked back all the way in South America, San Jose, Costa Rica and registered by a citizen of Panama. None of Australia’s gambling commissions seemed to have cautioned the firm about its potential engagement in the criminal activity (ies) against the Austrailian government.

The Tasmanian Minister, Andrew Wilkie has significantly stimulated the investigation of authorities into Justbet. In addition, the Australian Communications and Media Authority (ACMA) announce that it had started an investigation of Justbet in relations to prospective gaps of the Interactive Gambling Act of Australia, shortly after Mr. Wilkie reported to the Sports Integrity Initiative.

Is Justbet in breach of Australian Regulations?

Regulated Interactive gambling services without licensing, which include the likes of online wagering services offered with the absence of a license issued by a state or territory of Australian, is not allowed from being provided in Australia (illegal), explained an ACMA spokesperson.

Previously, CIDA has claimed that in the absence of a request being done by local regulators, or alternatively, the placement of a formal complaint by a civilian, in essence, it could not de-register Justbet. Moreover, earlier this week, Mr. Wilkie commented that the site should be terminated instantly and solutions should be acted upon immediately by the Christmas Island Domain Administration. 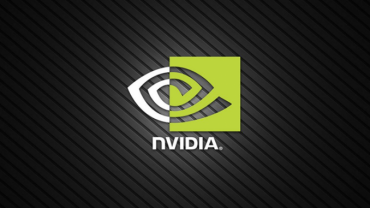