A Chilean cryptocurrency exchange Buda.com recently launched in neighboring Argentina. Argentina has now supported up to four cryptocurrencies. Buba.com, which is already operating in three other countries, the firm states that Argentina has the potential to become its most important market in the course of the year.

This Chilean cryptocurrency exchange began functioning in Argentina on the 28th of May to promote the purchase and sale of cryptocurrencies. This was reported by La Tercera this past Tuesday. In addition to that, the news outlet also reported that Buda.com is currently operating in Peru, Colombia, Chile and now Argentina. Buda.com has more than 80,000 clients, according to the news outlet.

La Tercera news outlet cited Pablo Chavez, who is the general manager of Buba.com stating that cryptocurrencies can have a positive effect on the functioning of the Argentine financial industry and, particularly, on giving access and lowering the uncertainty of users and how they interact economically on the Internet.

Diario Financiero further quoted him elaborating: “It is a relevant not only for obvious reasons, such as its size but also because it has a large community around cryptocurrencies… Argentina has the potential to become our most important market in the course of a year.”

Chavez clarified that initially the cryptocurrencies that will be available will be bitcoin, ether and bitcoin cash but the exchange will also soon add litecoin, the publication noted. Initially, we will be offering the market service, providing the platform for users who want to buy or sell cryptocurrencies in Argentine pesos.

With regards to the exchange’s venture into the Argentine market, Chavez believes that Buda.com should become one of the largest in Latin American continent, the publication reported. In addition to that he (Chavez) expects its transaction volumes to reach close to USD 20 million per month by the end of 2018.

Chavez elaborated that people are realizing, for example, how easy it is to transfer money online, using… cryptocurrencies. He also added that: “One of the main differences we see with the rest of the region, I that in Argentina there is a community around cryptocurrencies, which have been working for years with a process of education and closeness to banking entities.” 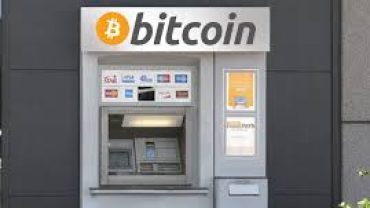