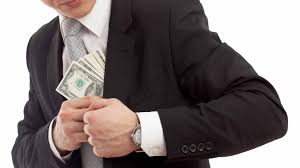 Ajit Bains, a 45-year-old Ontario man, immigrated to Canada from India in 1990 and claimed that he was fooled by a Homelife Superstars realtor. He signed a representation contract, which left him with a lein on his home and debt to the amount of $12,280.

Having limited English-speaking skills and mainly a Punjabi speaker, Bains relied on a word-of-mouth recommendation on a real estate agent when he ventured to buy a house for his family in 2011.

He was led to Charandeep Singh Dhaliwal, who goes by the name D.P. Dhaliwal, an agent with Homelife Superstars Real Estate in Brampton, Ontario. Bains through Dhaliwal was shown a few houses and wrote an offer for two homes in April 2011.

However, those offers were unsuccessful and his relationship with the real estate agent altered. Dhaliwal, according to him, was too busy to hold more house viewings and very soon, they stopped talking.

Later that year, in August, Bains bought a house using Re/Max realtor Aamir Yaqoob and Ravinder Toor who both worked for Homelife Superstars and had collected commissions of about $20,000.

Bains was delighted with the deal until he later got a notice that he had signed a representation agreement with Dhaliwal and that he was meant to pay $12,280. According to him, he was confused as he did not remember signing any such agreement other than the two written offers which had been unsuccessful and he had lost contact with Dhaliwal for months.

He asked for proof of the contract (agreement) but Bains said he only produced a copy with Bains’s signature on a year-long buyer representation agreement.

The agreement included a 90-day “holdover” time limit. It stated that even after the contract was to elapse, Bains will still be compelled to pay commission to Homelife Superstars Real Estate if he should use the services of any of their real estate agents.

Dalraj Bains, his son, said he and his father were not aware of when the representation agreement was signed but suspected that it may have been slipped into the offer papers without his dad knowledge.

“The contract was signed on a certain date my Dad put the offer on the house, so we believe the papers were signed within the offer papers, without my dad knowing,” he said.

The 17-year old Dalraj was of the notion that his father was manipulated and taken advantage of. He produced a 2007 report which placed his father’s English understanding and vocabulary skills at a Grade 3/4.

“His English and his reading skills aren’t that good … He also had trust in his new friend basically and he didn’t think someone of the same religion would do something like that to him.”

Ajit Bains claimed that he had asked Dhaliwal what he was signing and was told that it was just the offer.

In January 2013, the matter went to a small claims court.

In the court transcript, Dhaliwal is deemed to have said that he explained the representation agreement to Bains in English and not his native language, Punjabi, believing that Bains completely understood what was being discussed. He added that no one else had been present during the signing.

Ultimately, Dhaliwal and Homelife won and were granted the money.

“Let me say as an aside and in some ways truly I suppose is obiter dictum [an observation by a judge on a point of law not directly at issue] in what makes this decision particularly difficult is I do not think this agreement is fair. I think it is very one sided … But there are many one-sided agreements the courts have to uphold.”

Dhaliwal went further to put a lien on Ajit Bain’s new home until the debt had been fully paid.

Both Dhaliwal and Homelife Superstars failed to answer any more questions posed to them.

Bain’s case has called for better and tougher representation during agreements or negotiations.

Don Campbell, an author and senior analyst at the Real Estate Investment Network, stated that representation agreements were meant to protect all the parties- buyers, sellers, agents. However, they are susceptible to exploitation.

“If these agreements are used unscrupulously … it’s like walking into a car lot and before they’ll even show you a car, asking you to sign an agreement [saying] if you ever buy a car anywhere in this city we get paid. You see the ridiculousness in that,” Campbell says.

The Real Estate Investment Network is in the business of studying and investigating markets throughout Canada and Campbell believes ‘something’s got to give.’

“Does it need to change? Yes. Does it need to be more specific? Yes. From the real estate boards across the country, they have to find a way to make it fairer for the consumer.

“If the realtor on the other side, all they did was get that document signed, they are going to get paid whether you buy a house tomorrow or 15 months from now. That is seriously not right.”

He went on to advice desisting from signing a representation agreement to early in the client-realtor relationship, especially during the early paperwork. If clients should eventually sign, they should enquire as to whether any part of the agreement can be altered.

“If you are forced to sign a buyer’s representative agreement before you’ve done any work with them, I would put the brakes on.”

Realtors without duty to evaluate fitness

Bains, after failing in other attempts, filed a complaint with the Real Estate Council of Ontario in 2014. However, it was unsuccessful.

Bruce Matthews, deputy registrar, regulatory compliance with RECO articulated that buyers are under a duty to protect themselves and ensure that everything is legitimate when it comes to real estate deals.

“Generally speaking, if you are able to … write your signature, we don’t expect our real estate professionals to be assessing competence,” he says.

Canadian provinces are without any time limits as to how long an agent can keep a client obligated to a contract. There are also no databases containing lists of contracts or agreements which agents can access before signing a new client.

In the case of Bains, it will take three years for him to cover the debt. Paying through his lawyer with $300 a month, Bains’s family are also worried about the lawyer’s term of agreement which they fear may lead them to more trouble.

“What the lawyer said was, ‘You have my trust – just keep on paying the $300 money and really after that I’ll take off the lien on the house that was placed. You don’t need to worry about anything else.'”

A Calgary associate Law professor, Evaristus Oshionebo was asked what circumstances would demand a contract to be thrown out in court.

Bains’s lawyer failed to raise unconscionable advantage as a possible defense in court.