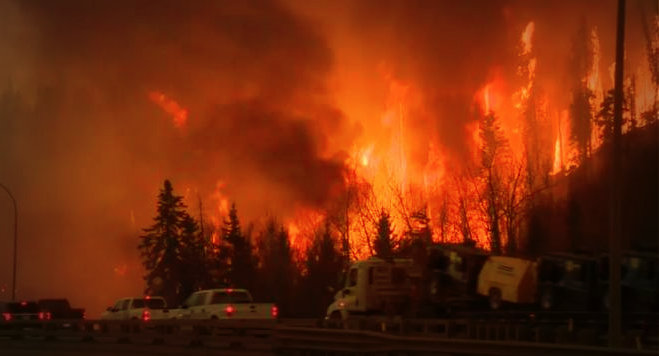 Alberta’s urban service area of Fort McMurray has recently fallen victim to a devastating wildfire that ran its course through most of the precinct’s homes and other properties.

The fire occurred back in the 1st of May and has left unemployment as well as vacant homes as one of its many notable effects. It is believed to only have been under control on the 5th of July, after travelling through northern Alberta and Saskatchewan, leading to the destruction of over 2,000 lots in the process.

However, the Canadian Mortgage and Housing Corporation (CMHC), has recently issued a statement informing the public that most of the damaged properties will be rebuilt.

“Experience from previous natural disasters in Alberta suggests that many of the destroyed structures will be rebuilt. Fort McMurray will likely be no exception,”

Those were the words of Tim Gensey, a market analyst at CMHC. Mr Gensey went on to add that the public should expect “increased construction activity in the new home market and declining vacancy rates in Fort McMurray’s rental market over the near to medium term.”

CMHC went on to disclose that a sum of $300,000,000 was being offered in aid by the federal government. The funds are being aimed at rebuilding private homes that lacked insurance coverage.

The wildfire has also resulted in the province recording its highest ever issuance of Employment Insurance benefits since 1997, with up to 77,810 people confirmed as EI recipients.

As Mr Gensey stated, one should expect a decline in the vacancy rate of Fort Murray properties as most owners and workers are expected to move back once reconstruction projects are complete.