A new entry into the Canadian real estate market, Harcourts Canada has plans to initiate a new market trend which buyers and seller will make use of. Harcourts wants to introduce housing auction as new market technique in the buying and selling of properties.

The CEO of the company Hayden Duncan explained the group wants to create diversity in the real estate scene. The company which is from New Zealand established its first Canadian office in North Vancouver’s Lower Lonsdale. The company has also sold about $10 billion in regards to real estate through housing auctions.

The company will stage its first public auction in Canada in March with two houses.

One of the expensive properties is a 1,093-square foot condo facing the False Creek in downtown Vancouver with an asking price of $1.5 million. The other property which is a two-bedroom unit in New Westminster has a price tag of $400,000.

According to Duncan, housing auctions is a better way of giving home buyers an equal opportunity to buy a home rather than going through bidding wars which only the wealthy can succeed.

In British Columbia, housing auctions are not very common but most home sales in New Zealand and Australia are carried out through bidding wars.

The main difference between housing auctions and bidding wars is that auctions gives buyers the opportunity to pay for a property based on what is offered by the property whereas bidding wars favors the amount of money one is willing to offer to purchase a house.

Furthermore, bidding wars do not give buyers the opportunity to know what another buyer has offered wherein in auctions, every amount offered is made known.

Auctions also give buyers a careful look at the property they want to purchase before the auction day. Several open houses would be conducted which gives buyers the opportunity to detect any existing red flag.

Regardless, housing auction is not popular in British Columbia as many people associate auctions to wear down properties or those that have been on the market for a while.

Duncan suggests that the best way housing auctions can become a success in British Columbia is that both buyers and sellers should become fully aware about the auction process.

B.C. listing agent Theo Birkner highlighted his pleasure in the housing auction technique stating it will a good experience for buyers to have various that they can purchase a home.

Although some housing agents are still skeptical as to whether Canadians will be comfortable with this new process, Duncan is however confident that Canadians will warm up to the new possibility of having a transparent and fair buying process 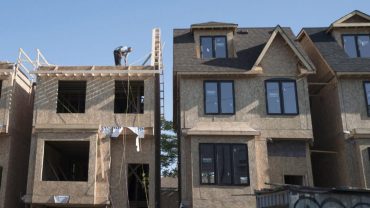