The Crown Corporation reported a surge in worrying conditions in Canada’s housing market and blows the trumpets to warn of overvaluation in many cities.

“For Canada overall, we now detect strong evidence of overvaluation. As a result, our overall assessment has moved from weak to moderate since the last report,” Bob Dugan, CMHC’s chief economist, said. “Moreover, the greater range of evidence of problematic conditions in Vancouver has led us to conclude that there is now strong evidence of problematic conditions in our overall assessment of the Vancouver housing market.”

CMHC is of the opinion that seven markets currently suffer from overbuilding, including Calgary, Saskatoon, Regina, Winnipeg, Ottawa, Moncton, and St. John’s.

Overvaluation has also been identified in nine markets, including Edmonton, Calgary, Regina, Montreal (with moderate evidence of overvaluation, according to CMHC) and Vancouver, Saskatoon, Hamilton, Toronto, and Quebec (where there is strong evidence).

Robyn Adamache, a principal market analyst with CMHC said, “Right now we’re seeing moderate evidence of overheating and price acceleration in Vancouver because supply is not keeping pace with demand,” adding that, “We’re also continuing to see strong evidence of overvaluation mainly because single detached home prices are higher than those supported by economic fundamentals.”

CMHC strongly believes that there are obvious signs of overvaluation in Canada, which is a move up from moderate evidence in last quarter’s report.

All in all, its assessment for the country is that there is reasonable evidence of problematic conditions.

“Driving the increased level of evidence has been increasing growth in housing prices that have pushed house prices to levels that exceed the fundamentals supporting the housing market. These fundamental factors include changes in income and population,” CMHC said in its report. “Prices have increased relative to fundamentals in Toronto and Vancouver, and are increasing rapidly in some other parts of Ontario and British Columbia. This pattern is not reflected in many other provinces, however.” 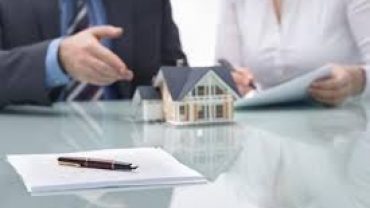