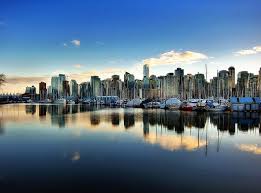 According to Anne McMullin, president of the non-profit industry association Urban Development Institute, there will be an air of uncertainty in the coming 4 to 6 months until all parties in the market come to terms with the 15% tax.

McMullin added that because of widespread bidding wars among Canadians for houses homes that are short in supply, the tax is unlikely to have the desired effect i.e. improve affordability.

“The demand isn’t changing,” she said.

Doing away with foreigners in the housing market will only have a negligible effect she added. $4 million homes may come down to $3.5-$3 million in some neighborhoods.

“I don’t think that’s affordable. They’re not going to come down that much.”

According to data released by the city of Vancouver, almost 10% of property transfers in a period of five weeks in the province involved foreigners.

Changes have also been made to ensure the city of Vancouver puts in place its own vacancy tax.

Finance Minister, Mike de Jong said the changes are geared towards increasing the supply of houses available to British Columbians.

Thomas Davidoff a professor of economics in the Universit of British Columbia believes foreign interest is one of the major culprits of high prices in the area.

“If you eliminate foreign demand from this market, it is very hard for me to see how prices wouldn’t fall 25 to 50 per cent,” he said.

He, Davidoff, was however apprehensive of the idea that the tax will totally drive out foreign buyers.

He added that the real repercussions of the tax on foreigners and the financial ramifications it will have are yet to be known.

The best case scenario, he said, will be for foreign interest to remain, at a steady pace however, while benefitting from the $1 billion it is anticipated to generate through tax annually.

The revenue received from the tax will go towards funding government housing initiatives for first-time buyers, low income earners and renters.

“They’re not going to come down that much.” —Anne McMullin, president, Urban Development Institute

She believes that the most effective way to combat this housing affordability malaise in the long run is to concentrate on development rather than taxes.

“There are still 40,000 people moving into this region per year,” she said.

“If you don’t create that kind of supply that allows for competition in the marketplace for the consumer, you’re going to have high prices.”

While she believes the tax was a necessity in order to curb the exorbitant housing prices, she was surprised that other measures and alternatives weren’t taken to improve development and density

“Homeowners tend to like low density in their neighbourhood as is, and mayors tend to respond to that,” he said.

He said that the province should have removed laws that place restrictions on development. He acknowledged that home owners are happy with low density houses but this could affect everyone if new houses are not built in areas where there is available space. 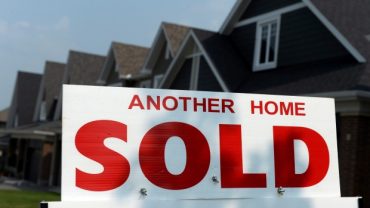