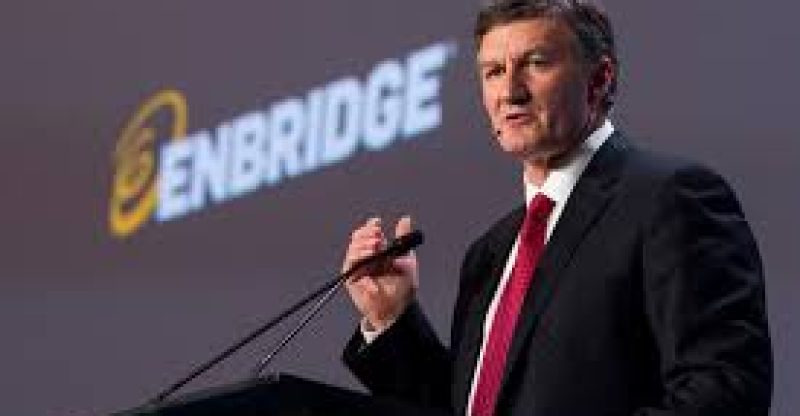 The combined body would have a pro-forma enterprise worth $165-billion and a diversified asset base including crude oil, natural gas pipelines and liquids, terminal and midstream operations, regulated utilities and renewable energy.

Based on the closing price of Calgary-based Enbridge’s common shares on Friday, Spectra’s all transaction value was placed at $37-billion.

The head office will be in Calgary with the present Enbridge president and chief executive officer, Al Monaco, becoming the president and CEO of the new company.

On a conference call, Tuesday, Mr. Monaco said the deal will assist in diversifying Enbridge with a balance between natural gas and crude.

Mr. Monaco earlier this year, mentioned that his company was seeking to invest in natural-gas and renewable-energy projects to rebalance its profits away from oil over the long run and invest in openings derived from the global shift to a lower-carbon economy.

Enbridge, alongside other companies with oil-sands-related-projects, has faced a strong public and political backlash, including strict regulatory constraints, leading to delays and insecurity over some major pipeline projects.

According to the terms of the agreement announced on Tuesday require Spectra shareholders to be paid 0.984 shares of the combined company for each Spectra share. That places the deal at $40.33 (U.S.) per Spectra share, an 11.5 percent premium to Spectra’s closing price on Friday.

On a combined basis, revenue will be about $40-billion (Canadian), with earnings before interest and taxes (EBIT) of $5.8-billion.

“Over the last two years, we’ve been focused on identifying opportunities that would extend and diversify our asset based and sources of growth beyond 2019,” Mr. Monaco said.

“We are accomplishing that goal by combining with the premier natural gas infrastructure company to create a true North American and global energy infrastructure leader.”