For a while now, the city of Toronto has been in talks on ways they can finance all their projects, one of the positive loop holes they discovered is the Canada’s Hydro One Ltd.
Canada’s Hydro one Ltd. recently, has been making efforts to buy municipal distributor Toronto Hydro Corp for an amount of C$3 billion, yet even with such a price tag, both companies haven’t reached a conclusive agreement. However, even though Hydro One has shown interest in the city of Toronto’s Hydro Corp, the city on its own has decided to still keep the Hydro plant on listing in market and also some of its assets, especially its Green P parking asset, which contains a top notch app that could sell far more than C$1 billion.
Apparently, even with the impending deal at hand , Hydro One backed up by the province of Ontario with a market value of about C$14 billion, would definitely benefit from the deal as it would aid their growth ambitions as a public company, after all it raised about C$1.8 billion in 2015, making it one of Canada’s largest IPOs.
On the other hand, Toronto’s Hydro is really in need of a suitable deal, reasons being that they’ve been faced with a lot of financial hurdles, all thanks to its plans for a better electricity supply.
For now, Hydro One has decided to go into the deal with both cash and stocks, as they stated that they would pay close to half of the deal in cash and the rest in stock. Toronto’s Hydro would also benefit from this as they would be able to share in Hydro one’s dividend. Basically, when confronted, Toronto’s Mayor John Tory denied any talks on the deal at hand, yet, unidentified sources still claimed that there’s a deal brewing in house. They further went ahead to list Hydro One CEO Mayo Schmidt, Ontario Premier Kathleen Wynne, Toronto Hydro Chief Executive Anthony Haines, and even Mayor Tory as people involved in the talks on the deal.
Truth is, even if they make it past this deal, it would only be one amongst all the hurdles they have to face to successfully become a branded Hydro company in that region. 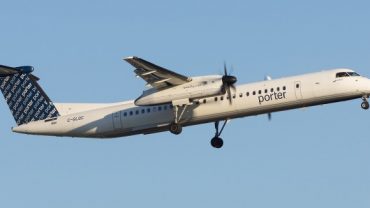