The deliberation on ways to put under control short-term rentals will be on going this week in the Toronto city hall but this time around additional stakeholders will be taking part in the debate aside from large scale hotels and Airbnb.  Offspring businesses that were initiated as part of the short-term rental situation will also be sharing their opinion.

According to Lisa Marion, co-founder of H&P Properties a company that oversees short-term rentals for homeowners who are not always in the country or do not have time to do the work themselves  stated that this new regulation can bring an end to their company.

The effects that the regulations will have on the short-term rentals are not something that can be noticed on face value.  Far aside from leaving people out of business, it will also leave many without a source of income.

The new regulation was announced recently and under the proposal covers restricting property owners from renting out properties they do not live in, making amendments on zoning bylaws which will bring in short-term rental, approving Airbnb and other related companies and people making use of short-term rentals to go through a registration process.

Speaking on the matter, Councilor Ana Bailao representative of Ward 18 and chair of the city’s affordable housing committee noted that they are trying to make the right decision.

Reports from Airbnb state that close to 3,200 apartments registered on its website are operated by investors who plan on engaging in short-term rentals.

If the new regulation is to be approved, it will be a disappointing situation as all of those units will be used as long-term rentals  and according to Bailao, the adverse effects of the regulation needs to be minimized especially in terms of affordability and supply of units.

But according to Mario, this will not be the case as she believes that some homeowners will sell their properties or give it out to family or yet still leave it vacant. In most cases, people rent their homes for a short-term because they cannot always use the property.

She went on to add that the only way the vacant rate should be increased in the city is by constructing more homes. 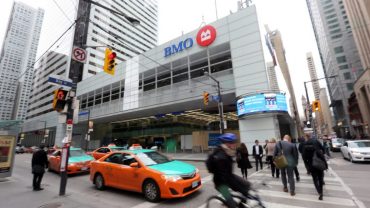