A week after the central bank pointed out the possibility of increasing interest rates, the Office of The Parliamentary Budget Officer (PBO) has released its predictions and it seems like interest rates may not rise until next year.

The PBO believes it will hit a “normal” or neutral level of 3% by mid-2020. This implies an average rate hike of over 0.31% per quarter. This expectation is later than experts were predicting. It is also a year later than the Financial Accountability Office of Ontario (FAO) has been anticipating. The PBO uses a regression-based model that links policy rates to bond rates.

Interest rates affect how much money consumers have. The cheaper the cost of borrowing, the less money they spend on paying interest on loans. They can take out larger mortgages, car loans, and credit lines.

If continued, people finance too much stuff, inflation runs out of control, and the price of goods expands to fill credit. Home prices are a clear example of this, where the increase in borrowing power had a direct correlation to home prices from 2005 until 2015. Prices rose heavily with every drop in rates. This changed in 2015, when rates dropped to historic lows, and speculators realized that there was almost no risk on shelter. The increased demand pushed prices faster and higher than ever. This resulted in buyers cashing out, as buyers felt they were going to be priced out.

In economic terms, raising interest rates would lead to a fall in aggregate demand. Which is a really fancy way of saying it would kill cheap and easy credit. If cheap and easy credit made people feel rich, killing it would make people not so rich anymore. People who don’t feel wealthy don’t do things like engage in bidding wars or finance expensive cars. It would also increase the cost of the debt they are currently servicing, putting a little more pressure on household budgets.

While this would bring home prices lower, there are a few negative impacts that should be considered. When people don’t feel as wealthy, they stop spending money.

Businesses that see a decline in revenues will not be as generous with employees. This has the opposite ripple effect, slowing the economy. 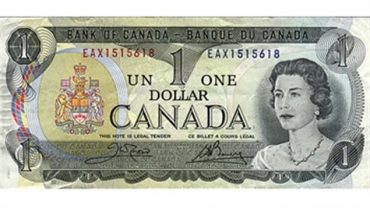