Weeks after the National Energy Board regulator reported a harder assessment process, the company said on Thursday, Trans Canada will suspend the application for its Energy East pipeline for 30 days and may leave the task.

The company said in an announcement, Trans-Canada will do a “careful review” of the new evaluation procedure to gauge its impact on the costs, schedules and viability of the pipeline to the Atlantic coast.

The National Energy Board in August extended the extent of Energy East’s examination, saying it will consider the venture’s backhanded greenhouse gas contributions and will give “more visibility” to the assessment of risks related with mishaps, for example, oil spills.

The Energy East pipeline would take crude from Canada’s oil heartland of Alberta and send it to eastern refineries and a marine terminal in Saint John. It would offer higher costs for Canadian producers, whose landlocked item trades at a discount to the West Texas Intermediate benchmark.

Assessing indirect emissions had been contradicted by TransCanada, which had called it “completely redundant and unnecessary.”

The company said on Thursday it will keep on advancing its different undertakings regardless of stopping Energy East.

Energy East’s significance has lessened for TransCanada since U.S. President Donald Trump this year signed an order restoring the company’s Keystone XL pipeline, which would grow capacity from Alberta’s oilsands to U.S. refineries.

The pipeline was set for a second NEB assessment, after the first slowed down a year ago in the midst of protest by environmentalists and after disclosures that regulatory board members met secretly with a TransCanada consultant.

The NEB this year requested Energy East’s assessment to begin again from the earliest starting point, voiding all choices from the undertaking’s past board. 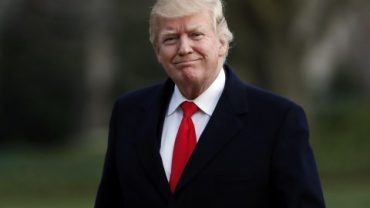