This report urges councilors that more security is acquired to protect them form the so called “lone wolf terrorist, organized terrorist groups, and other individuals with grievances .”
Now those visiting the city the hall would have to walk through metal detectors, drop their bags for inspection and the councilors would be behind glass walls, as stated in the secret city staff report to councilors.
Councilors are now ready to confront the impending suppression, saying it is an offense to democracy and open government. Other councilors say that the horror realities if 2017 need harsh rules like that of Edmonton. An individual said to the Star Councilors that they were “sitting ducks” waiting to be attacked.
The report also states the Toronto city hall, along with its extraordinary curved towers, and the Nathan Phillips Square right outside it, are “targets for serious treats” therefore it is a must to ensure that it is safe for “lone wolf terrorist, organized groups and other individuals with grievances.” Potential terrorists are “active attackers,” homemade explosive gadgets and car bombs, the report is expect to be with Mayor John Troy’s executive committee by next week although it is still to be secret.
“An attack on city hall is not only an attack on a government building, it is an attack on a symbol of Toronto, Canada , as well as an attack on a place that many people have or will visit,” said by the staff of the city hall to alert Mayor Troy and all councilors that their decision is final.
Presently, the city hall is being patrolled on a regular basis especially the front door but people are free to walk around the atrium and offices for the public. In 2014 a soldier was killed at the Parliament Hill shooting , Cpt Nathan Cirillo. The second door is now deprived from even city staff and special individuals with access passes.

The change in rules include:

⦁ Visitors would have to walk through metal detectors at the front doors. If the alarm is tripped, security guards would then use their handheld wands to search the individual. As for Councilors and city staff, they have their own reserved way which they only have to show their access cards.

⦁ Instead of using X-ray, the bags belonging to visitors are searched by security. The X-ray will slow things down ” due to the large flow of people.”

⦁ Also the glass wall in the in the council chamber now divides it the public gallery form the Councilors’ seats is to be extended 30 centimeters higher, and an “angled top guard” to defend them in case of an attack. The glass walls are not only extended in front but also the sides plus secured by a velvet rope.

⦁ Another change is that the two committee rooms that have no barriers should also get glass walls in between the council members, city staff, and the public seats.

⦁ The Nathan Phillips Square outside should have new barriers in order to prevent vehicle attacks.

When the public side of the report was released on Tuesday which stated only “patron screening,” one of the councilors , Councilor Gord pledged to fight against any change. Councilor Gord also went on to say that “They’re not patrons, they’re citizens and this their palace.” This he told The Star.
Another Councilor also said that the city hall is to stay open because of the offices there serving the citizens of the country different from the Queen’s Park and Parliament hill.
Some other employees feel exposed in the city hall and also mentioned that the extra security added will not stop visitors from moving freely within the building. A former Liberal MP Councilor Jim Karygiannis said ” we’re sitting ducks.”
One of the councilors Paul Ainsle strongly backs the introduction of the metal detectors and glass wall in the city hall. He also said that “I think we do need an enhanced level of security and what’s being proposed isn’t that different from what people experience at rock concerts or sporting events, I think members of the public, even if they are slowed down for a couple of minutes, would feel safer too.”

Below are very few security rules at other city halls in Canada:

⦁ Last year Edmonton brought in their metal detectors and glass wall to separate visitors and councilors as well as searching bag when taking part in committee and council meetings.
⦁ At Montreal the police search visitors on city council days.
⦁ Calgary also has a metal detector and search bags when entering the council chamber. It has been so since 2015 .
⦁ At Winnipeg it is compulsory for visitors to sign in and wear identification badges at all times. 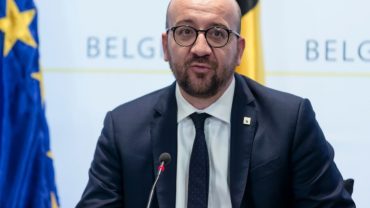