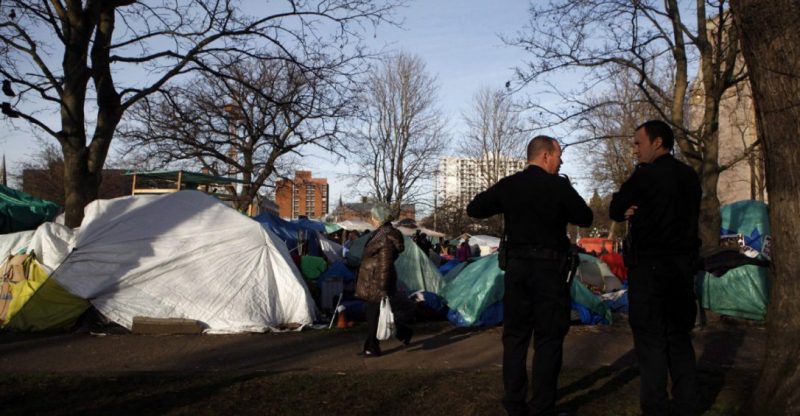 As the Canadian market prices continue to increase, there have been several measures taken to cool the market but at the moment, it seems the actions taken are not having effective results on the market hence many people have been coming up with alternative means to enter the market.

Seeing the great difficulty people are going through, Victoria’s mayor Lisa Helps is also finding ways to help the needy and homeless in the city. She proposed that people who have enough living spaces in their homes should open their doors to the homeless to help cut down on the pressure in the market.

In recent years, we have been seeing more and more people sleeping on the streets, in parks or in the cars and the main reasons for all this situation is the fact that people cannot afford to buy or rent homes particularly in hot real estate markets such as Vancouver and Toronto.

The suggested plan of the mayor was inspired by a similar occasion that occurred during the Second World War were homeowners in the city welcomed strangers to their homes and according to Helps, people should adopt this trend to assist people who are finding it hard to find accommodation.

In her posting, Helps highlighted some local newspaper headlines from the 1940s which pleaded with people to help the homeless who are helping in the war.

Taking a look at figures, Helps noted that in the last five years, more than 6,000 people have migrated to the city but are unable to find accommodation as the city is currently going through a lack of supply.

The vacancy rate in the city has also tightened up and several measures have also been taken to look into the housing situation.

Some of the possible solutions the city council had considered included a moratorium Thursday on unit building demolition to increase on the supply of homes, the city council had also suggested constructing temporal housing structures are several parks in the city but not all residents were in favor of this proposal.

Additionally, last year the Victoria’s law court lawns were turned into a temporal camp for homeless people, but sadly, the camps were removed as the B.C. Supreme Court raise security concerns.

Voicing out their opinion on the matter, social advocacy and housing groups expressed their agreement with the mayor’s plane but however went on to state that more effects should be made by the government to address the housing situation.

According to Kelly Newhook, executive director of the Together Against Poverty Society stated that drastic measures need to be taken as the market has gone beyond control.

She went on to say that the effort of the mayor just goes out to showcase the urgent need of solutions needed by the city and that all levels of government should join hands to increase on supply of rental units.