89% said the government should update pot rules to prohibit growing in rentals, 8% preferred otherwise and the remaining 2% were undecided.

One CREW reader wrote in the forum, “I believe they should since renters have no to stake in the property and (because of) how much damage that could be done to the home”. “Who will know how many plants were grown in the home? Owners will have to be vigilant when drafting rental agreements.”

The Cannabis Act which was introduced in the House of Commons last week provides that; adults will be permitted to grow as many as four marijuana plants in their homes.

This announcement prompted one landlord group calling for reform.

The Canadian Federation of Apartment Associations President John Dickie told CBC News; “Fundamentally we want marijuana growing to still be prohibited in rental units and in multiple-dwelling units, (including) condos (and) co-operatives because, from that point of view, there are impacts on the neighbours.”

There are also concerns about the impact and effect grow-ops can have on the resale value of a home because of the effect attached to those homes. For example, growing in-house plants can also cause mould issues and increase the possibility of fire hazards, both of which could lead to costly bills for homeowners.

“I think the government is obviously balancing a lot of issues here,” Dickie told CBC. “They do want to break the black market, and that’s important. But we think we can break the black market if they let people [only] grow it in their own owner-occupied homes, and the product is readily available in stores or by mail order.”

Some landlords argue that this situation should be evaluated on a case-by-case basis.

“I think that should be up to the owner of the building being rented and put into their lease. Marijuana plants in themselves are simply plants, as is a tomato plant, a fern etc.,” another reader wrote on the forum. “You only have problems if people are using humidity and lights. (But) many household plants are grown in front of windows.” 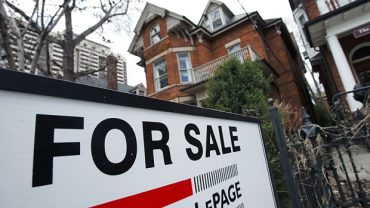