The stability and strength of the housing market in Toronto continue to be eminent, with a listing that went up earlier on for a three-bedroom semi-detached home in the downtown area for an initial price of $1.375 million that was later bought for a price of $851,750.

In just 2 years, it showed a sharp increase of 62 per cent, a real estate agent also showed concern over the increase of prices and what the future beholds.

The cash worth of the Palmerstone home can be used to buy a bigger and larger house during last summer as noted by the president of Realosophy, broker John Pasalis. “If this is getting $1.4 million what does that mean for anyone who wants to buy in this neighborhood? When you see appreciations of 30 per cent a year it generally doesn’t end well. That’s a concerning thing.” Pasalis thought. At its current pace, the price increase in Toronto might not come to an end in the near future.

Pasalis stated; “My instinct is that Toronto’s going to keep going like this until there’s some outside policy decision.” An intervention which had a positive effect on the blazing housing market was the 15 per cent tax on foreign buyers that was endorsed in B.C by the government last year. Ever since the price increase in Vancouver has cool down drastically from its previous rate of over 20 per cent per annum.

The impact would be quite different for Ontario, being that less than 10 per cent of investors in the housing markets are foreigners.

Re/Max Hallmark Realty managing associate, Gurinder Sandhu said; “The numbers are still in the mid-single-digits from what we can tell. The foreign demand we have is more from immigration, people that are choosing to raise their families in Toronto. There’s political certainty, there’s economic certainty and, when you look at all the uncertainty around the world, all of a sudden Toronto becomes that much more in demand,” 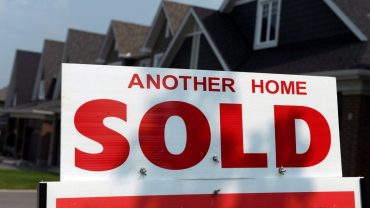