Foreign buyers have been blamed on countless occasions for driving up home prices which will definitely affect the future of prospective young Markham buyers.

On Monday, the councilor of Markham claimed that the several proposals he received for a foreign buyer’s tax that would also apply to buyers who buy homes in Markham from several speakers was mainly focused on Chinese buyers.

Some of the major concerns of speakers included the rate at which home prices are soaring, the large number of vacant properties, and also the effects on the tax imposed on foreign buyers.

Furthermore, one speaker went to the extent of presenting a chart showing the abrupt way home prices began to decline in August after the tax was implemented, with a further drop forwards the end of the year.

For resident Tammy Armas, this is a bad start for the future generation preparing to enter the housing market.

It will be a very challenging future where young people would be unable to afford to buy houses or even rent Markham. This will apparently lead many residents to move to other cities in search of affordable housing.

Donna Dugan also expressed her displeasure about the way things are going on in the community. There is a high cost of living with many buyers leaving their properties vacant despite a high demand for houses in the market.

But for Regional Councilor Joe Li, he disclosed that making a decision based on the opinions of a small number of people in the market will not be a wise move. Reports from the Toronto Real Estate Board has shown foreign buyers account for only 4.9% of home sales in the Greater Toronto Area.

Going further, Li stated it will be wrong of him to put the blame on a specific set of buyers. And most people cast the blame on Chinese nationals.

In contrast resident agent Bruce Tilden spoke in a meeting last highlighting the influences foreign buyers have in Markham. He said after speaking with several local agents, it was discovered that about 60% and 80% of homes bought in Markham are converted into rental properties or remain vacant with most of the sales made by Asians.

However, the meeting which was also attended by Mayor Frank Scarpitti, Councilor Don Hamilton and Regional Councilor Nirmala Armstrong and also 80 other attendees. By the end of the meeting, the proposal brought forward by Councilor Karen Rea was seconded by Councilor Ho and votes ended by 8-4. 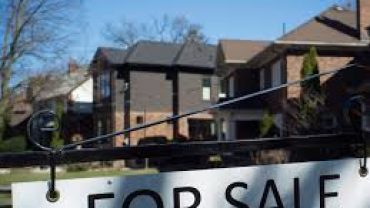