If you are a newbie to the world of virtual currency, you might be walking into it with the notion that bitcoin is the only digital currency out there. A couple of examples are Tether, Monero, soon-to-be exclusive Venezuelan cryptocurrency to be called Petro and now, Stellar.

Stellar is slowly gaining up on Bitcoin since its price shot up by almost 42,000% a year! It has been able to maintain this stunning performance till now. The cryptocurrency has a 5.26% on gains within these first 2 months of 2018 plus a market cap of $7.5B, so far.

Beyond this, there are no more similarities.

Its customer base is centered on upcoming markets and possesses many uses for its technology such as money remittances.

Stellar’s basic operation is like most decentralized payment technologies. It runs a network of decentralized servers with a distributed ledger that is updated every 2 to 5 seconds among all nodes. The most prominent distinguishing factor between

The difference between stellar and bitcoin is the consensus protocol.

Stellar’s consensus protocol is not dependent on the whole miner network to approve transactions. Rather, it uses the—F.B.A—also known as the Federated Byzantine Agreement algorithm that helps to hasten the process of transactions. This is due to the fact it utilizes a portion of the network in order to make better and ratify a transaction.

Every node in its network picks another set of “reliable” nodes. Once a transaction is green-lighted by all nodes within this set, then it is taken to be approved. The reduced process has allowed Stellar’s network to be exponentially quick and it is said to process as many as 1,000 network operations every second.

The present procedure for cross-border transfers is quite complex since it needs home banks to endure accounts in foreign jurisdictions in local currencies. Their correspondent banks must operate a similar account in the original country.

The process that is used for cross-border transactions dealing with monies deemed useless—fiat monies—is called The Nostro-Vostro process which takes a long time and involves “conversion and the reconciliation of accounts”.

Stellar’s blockchain is able to reduce the amount of or completely remove the delays and difficulties that are involved.

Stellar’s Lumens cryptocurrency can also be used to provide liquidity and streamline the process. According to some reports, banks will use their own cryptocurrencies to facilitate such transfers in the future.

Stanford University professor and SCP creator, David Mazières, believes that the protocol has “modest” computing and financial requirements. This helps the organizations with minimal IT budgets, like non-profits, to take part in, in its network.

How Many Institutions Are Utilising Stellar’s Blockchain?

Stellar came into the spotlight in October 2017 after it announced a partnership with IBM. The partnership envisages the setting up of multiple currency corridors among nations in the South Pacific.

The project has a stated goal of processing up to 60% of all cross-border payments in country Fiji, Australia, and Tonga.

This will help links between the small businesses, non-profits, and local banking institutions to speed up the commercial transactions. Take a farmer in Samoa for example—he will be competent enough to link and conduct transactions with a buyer in say, Indonesia.

Three years ago, a noticeable technology consulting firm that is Deloitte also made it known that a partnership with Stellar to progress a payments application.

At a conference in during this same time, McCaleb inveterate that thirty banks have signed up to use Stellar’s blockchain for cross-border transfers. The payment service dubbed Stripe has detached bitcoin and left the door open for Stellar on its platform. 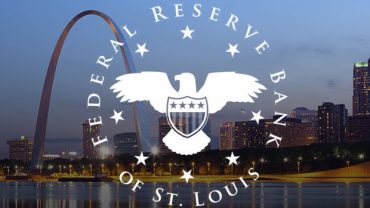