The bitcoin society has over the past few months been making use of what they call tipping bots to transfer BCH on Reddit, Twitter, and Telegram. These bitcoin cash based micro-tipping bots permit the transfer of micropayments between users of these platforms.

Tippr is a new bot that BCH fans can use either on Reddit and Twitter platforms. This bot came after  Tipper, a bot that allowed Reddit users to tip each other BCH across the internet and even via SMS (Short Message Service), had gone offline.

Since it was created on both platforms, the tipping bot has distributed thousands in BCH.

The top eight largest tippers have spent much more than $2k per individual. Many users in the bitcoin cash community have benefited from Tippr’s services. A very good example is that of the lead developer of Bitcoin ABC, Amaury Sechet (Deadalnix) who has received more than $2,300worth of BCH.

Telegram is considered as one of the most popular instant messaging applications worldwide according to statistics. The platform recently announced that they have over 200 million active monthly users. Most of them are cryptocurrency partisans and they have a wide variety of digital currency channels and groups. The diversity of tools on this platform is also a great advantage for all crypto-enthusiasts as they use it to get news bots and automated Twitter and Reddit feeds.

One unique tool on Telegram is the app ‘Tip me BCH’ an in-line bot that enables Telegram users the ability to tip each other bitcoin cash.

This app was created by Andreas Brekken to enable users to tip friends and random telegram users pennies or even dollars worth of BCH. The bot works very well on the instant messaging application and the bot offers a list of commands like “deposit,” “tipbch,” “balance,” and more. Brekken details that users should only keep a small number of funds on the bot as there could be a loss of BCH if there happened to be a bug. The ‘Tip me BCH’ codebase is available on Github for review. Brekken states on the repo that the software is “highly experimental and may lead to loss of funds. 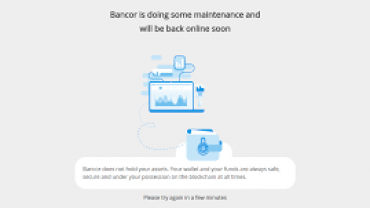