Residents of the US capital have the ability to easily buy cryptocurrency. The reason being that Coinsource, the American bitcoin ATM network has just expanded into Washington DC metropolitan area.

This marks the first entry of the Texas-based bitcoin ATM network into the American capital. The company now has almost 200 machines operating on the American soil. Also, the company is planning to install 20 machines across the districts of Columbia and Maryland, as the demands from local users and merchants are those areas is constantly increasing. The machines will be spread following this order: a dozen in Washington DC, five in Baltimore, one in Towson, one in Oxon Hill, one in Takoma Park and in convenient locations across the area.

Some local restaurants, bookshops and record shops had been accepting bitcoin as payment since last year, adding to the fact that the city already had five machines that were being serviced by five different operators. So, this initiative from Coinsource is adding to the development of the area.

The CEO of Coinsource said that they are meeting Washington D.C. at an inflection point, where regulators are looking at the value and potential of decentralized currencies and blockchain technology. He added, “All innovation over time has passed through our Nation’s Capital in one way or another, and we are happy to be now servicing Washington D.C. and the surrounding communities so that they can have easy access to buying and selling Bitcoin.”

Coinsource now has 182 machines across in different states of the USA.

Bobby Sharp, the CMO of Coinsource said, “We are expanding the Bitcoin ATM market further than it’s ever been in D.C., offering the lowest rates, exclusive remote enrollment and allowing for at-home account registration. This installment is especially significant to Coinsource, as the philosophy behind the decentralized currency is and has always been about giving freedom back to the people. As a company, I feel that we have been able to provide financial freedom to the underbanked and unbanked, and I am happy to bring our services to D.C.” 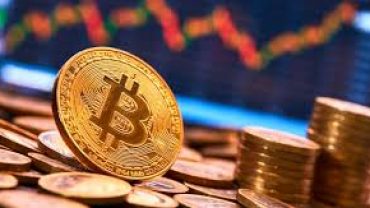