LG CNS, the IT subsidiary of electronics giant LG, has been chosen by South Korea’s Minting corporation to launch a blockchain platform for the public sector to offer a series of services such as issuing a community token to the public.

On Sunday, LG CNS won the order from the Korea Minting, Security Printing & ID Card Operating Corp (KOMSCO) to create and launch the first blockchain platform in the country for the masses.

KOMSCO, the Korean government-owned corporation that prints and mints fiat banknotes, coins, stamps, passports and other government documents, is targeting a list of services such as the release of a community token, digital authentication for the public and document certification via the open blockchain platform that will be created over the cloud.

Additionally, KOMSCO is set to launch a ‘digital authentication service’ to permit users to immediately authenticate their identity via biometrics over a smartphone. In all likelihood, this feature will assist the public register and access services in a faster, seamless manner.

LG CNS is also developing a series of ‘document certification services’ with KOMSCO to correctly tell if a document is fake or original.” Those who manage mainly paper documents can draw up, register, send and shred documents without forgery problems,” the report added. 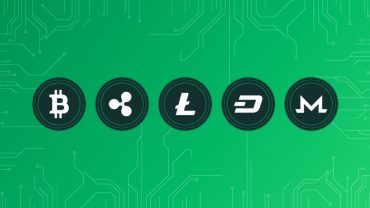