If you are in for long reads and thought leadership pieces, then the medium is the right platform for you. Medium is the platform where you have all the latest thinking on tokenomics, hashing algorithms, blockchain scaling and much more. Also on Medium, ICOs and other cryptocurrency projects release details of their crowdsale, bug bounties and other initiatives for the benefit of the community.

Medium has been suspending the blogs of crypto projects for the past weeks without any explanation. It seems the suspensions were triggered by content discussing airdrops or bug bounties.

In a post entitled “Status, Medium, and Censorship,” Ethereum-based messaging platform Status wrote, on June 15: “Medium is currently one of the primary communication channels of the cryptosphere. Blockchain-based visionaries, both affiliated with projects and independent free-thinking technologists, have all made Medium a critical part of how they communicate. Recently, we attempted to publish a blog post announcing our latest Bug Bounty Program. The post was immediately suspended, followed by an automated email noting a general violation, without detailing any specifics, and a link to Medium’s recently updated policy regarding cryptocurrencies.”

The post continues: “Though we had not violated any of these policies, we re-submitted several revisions that carefully edited out any potential trigger words, like “bounty”, “ETH,” and “SNT”. The post was never successfully published.” Not only Status project was suspended suddenly without warning, but also, this week Blockchain.io’s Medium page had the same fate. It has been restored since, even though the most recent posts about its airdrop are gone. While Blockchain.io’s Medium blog is hosted on the Medium platform, Status’s is self-hosted on their own domain. They all had the same end result, which was a sudden suspension.

Very few mourned their loss after Google and Facebook announced that they were putting an end to ICO ads. But when other platforms like Twitter and Mailchimp joined, a lot feared that cryptocurrency was under a global attack. Whether an imitation or a collision, company after company has begun censoring or excluding crypto projects, whilst allowing far more atrocious content including affiliate schemes, hate speech, and spam. 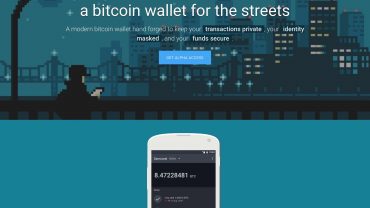