Over the past day, the cryptocurrency market has noted a loss of more than $17 billion, initiated by the loss of major cryptocurrencies such as Bitcoin, Ethereum, Ripple, Bitcoin Cash, and EOS.

The largest loss recorded by Ethereum, indicating a loss of over 10 percent in 24 hours. Ethereum, Bitcoin Cash, Litecoin, Stellar, and Cardano dropped behind EOS, declining by about 7 percent.

As reported earlier, the cryptocurrency market continues to remain in a bear cycle, and that it has only started a corrective rally, not a bull rally. In mid-June, the market was more stable compared to other time during the past two months. Yet, the unexpected attack of Bithumb, South Korea’s biggest cryptocurrency exchange, stopped the corrective rally of the market and resulted in a short-term drop in major cryptocurrencies.

Before the Bithumb hack, the cryptocurrency market has demonstrated significant momentum, as Bitcoin recovered from $6,300 to $6,700. Yet, the hack of Bithumb which is also the third largest cryptocurrency market behind the US and Japan, made investors worry, although the effects of the hack are not that threatening.

On June 21, it was reported that Bithumb announced $30 million was stolen from its hot wallet and has begun to partner with the Korea Internet and Security Agency, a sub-organization of the Ministry of Science and ICT, to lessen its damages. According to the Bithumb team, the $30 million amount could be cut down in the future, as KISA and Bithumb security experts commence several recovery efforts.

“After the incident occurred on June 20, Bithumb quickly followed the procedure to immediately report [the] incident to KISA announcing that about 35 billion Korean Won worth amount of cryptocurrency was stolen. However, as we undergo a recovery process on each cryptocurrency, the overall scale of damage is getting reduced. Hence, we expect that the overall damage will be less than the amount we initially expected,” the Bithumb team said.

Bithumb also announced that the firm will make full compensations, as the company funds, valued around $450 million will be able to cover the loss made during the hack which is only 6 percent of the company funds. 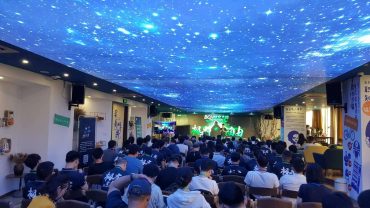