Some consider it a coincidence: the fact that there are so many zeros then the number 21, which represents bitcoin’s total supply. This is an occurrence as inevitable as a roulette wheel landing on red 18 times after half a million spins. Others have this unrealistic belief that it is a near-impossible feat that signals intervention from another world, whether celestial, extraterrestrial or future.

Mark Wilcox is the first person to discover the oddity. He tweeted a hash of the block just about 90 minutes after its discovery. You could see about half of the crypto twitter community losing their minds, while the other half was scratching their heads. Was there actually any hash, and what was its significance?

The fixation on the 18 zeros pattern is understandable since we know humans are programmed to see patterns in everything. What is alarming is what follows in the block hash, for anyone who likes being frightened or for anyone partial to pareidolia: to perceive a pattern where there is actually none. 21e8, also known as E, refers to a Theory of Everything. The said theory is also known as a Unified Field Theory. There exists a website, 21e8.com. that displays a fractal pattern based on the elementary particle spin forming a part of the E8 theory.

Bitcoiners were last in such an excited state about a block when Satoshi mined the genesis block: a block hash with an unusually high number of zeroes. The significance of block hash 000000000019d6689c085ae165831e934ff763ae46a2a6c172b3f1b60a8ce26f was pondered in a Bitcointalk forum thread, after the bitcoin community was developed.

Quite a number of things are unusual with this hash: one thing is that it contains two hex zeroes more than were required, and another, as explained in an article on the genesis block:

“It took six days to mine. As speculated in an old Bitcointalk forum thread, this may have been yet another deliberate trick on the part of Satoshi, to mimic the biblical account of creation. As we read in Genesis 2:2, “And on the seventh day God ended his work which he had made, and he rested.” 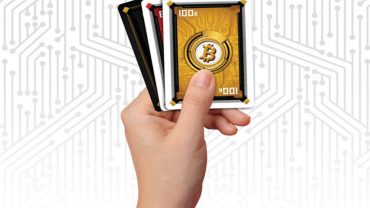