The New York based American multinational business platform Fortune magazine has just released its crypto-themed “40 under 40” rankings. The magazine, famous for its Fortune 500, an annual listing of the 500 top performing companies, is for the first time publishing its ranking of ’40 under 40’ for the crypto community.

According to Cointelegraph, Fortune’s newest version of its “40 under 40” rankings published at the beginning of the week is a crypto-themed version of its popular rankings celebrating the most outstanding young minds in the FinTech sector.

The inaugural list aptly called “The Ledger 40 under 40” pays homage to the movers and shakers of the ‘financial revolution’ who are behind the blockchain, cryptocurrencies and distributed ledger technologies in general.

Four places on the magazine’s recently released “40 under 40” list went to 5 young FinTech innovators who also appeared on “The Ledger 40 under 40.”

First on the “The Ledger 40 under 40” honor list is 34 years old Brian Armstrong of Coinbase for his role in “catapulting” crypto into the mainstream. Second place went to Ethereum’s 24 years old co-founder Vitalik Buterin, while the third position went to 32 years old Jihan Wu, the co-founder of Bitmain, the Chinese based mining hardware platform that is estimated to be worth $12 billion.

Wu was celebrated especially for his immense support for the “controversial” Bitcoin (BTC) fork and Bitcoin Cash (BCH) and his interests in creating artificial intelligence (AI) mining chips and in stablecoins. The eight spot went to twins Tyler and Cameron who turned the proceeds they’d received on a settlement regarding the true origins of  Facebook into a bitcoin investment now valued at a billion dollars.

Rachel Mayer of US based crypto startup Circle that is pushing for more mainstream adoption of cryptocurrencies was number 16 on the list while Primavera de Filippi, Researcher at the Harvard Law School and author of “Blockchain and the Law” rounded up the list at number 40. 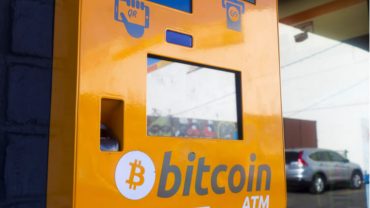