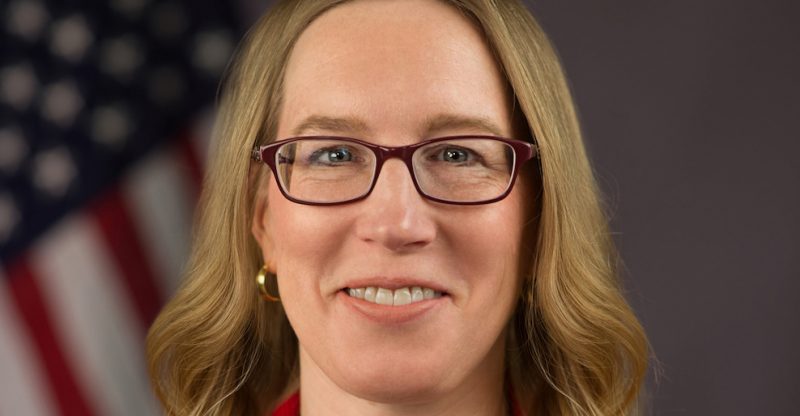 Recently, the Bitcoin ETF ask for on Bats BZX Exchange by Winklevoss brothers was rejected the second time. The first disallowed of “Winklevoss Bitcoin Trust” came a year ago. On the off chance that it has been affirmed, this would have turned into the first ever digital currency ETF. The approval would have additionally driven the institutional investors into the crypto market.

However, not every one of the officials is against the Bitcoin ETF as SEC Commissioner officially discharges “Dissent of Commissioner Hester M. Peirce to BatsBZX”.
Peirce writes,

“I respectfully dissent from the Commission’s order disapproving a proposed rule change, as amended, to list and trade shares of the Winklevoss Bitcoin Trust on Bats BZX Exchange, Inc. (“BZX”).”

“Contrary to the Commission’s determination, I believe that the proposed rule change satisfies the statutory standard and that we should permit BZX to list and trade this bitcoin-based exchange-traded product (“ETP”).”

Her point of concern is the consumer protection that is undermined by preventing the institutional investors from entering the market.

“The Commission’s interpretation and application of the statutory standard sends a strong signal that innovation is unwelcome in our markets, a signal that may have effects far beyond the fate of bitcoin ETPs”, adds Pierce.
In addition, she talks about BZX’s role as a self-regulatory organization:

“Because the disapproval order focuses on the bitcoin spot market, it does not give adequate weight to the important function that exchanges, as self-regulatory organizations (“SROs”), perform under our regulatory framework.”

“BZX should, and would, play a central role in monitoring trading in shares of the Trust. In performing that function, BZX would exercise the responsibilities entrusted to it as an SRO and would be subject to Commission oversight. In exercising these responsibilities, BZX would have powerful regulatory and business incentives to ensure the integrity of the products that it lists for trading. Nothing in the record suggests that BZX is unwilling or unable to fulfill its responsibilities under the Exchange Act.”

According to her dissent, institutional investors help the market in maturing and further promote consumer protection.

“In disapproving the proposed listing, the Commission points to problems in the bitcoin market that I believe would be mitigated by institutionalizing the market—a phenomenon that bitcoin ETPs would foster. For example, the order points to the price disparities across the bitcoin markets. While I contend that the markets are already better connected by active arbitrageurs than the Commission’s order suggests, the establishment of an ETP would invite more price arbitrage and thus better connections among markets.”

She believes institutional involvement can rather help the market, “Greater participation by institutional investors in the bitcoin market would help to pressure exchanges to bolster their defenses against theft, encourage greater investment in custody solutions in the bitcoin space, and make it more difficult for market manipulators to escape the notice of their fellow market participants.”

“As long as these investors decline to enter the bitcoin market because there is no efficient vehicle that would reduce the costs of entry, the features of the bitcoin market that cause the Commission concern are likely to persist.”

Regulators are dampening the innovation, writes Pierce, and indulging in merit regulation:

“By precluding approval of cryptocurrency-based ETPs for the foreseeable future, the Commission is engaging in merit regulation. Bitcoin is a new phenomenon, and its long-term viability is uncertain. It may succeed; it may fail. The Commission, however, is not well positioned to assess the likelihood of either outcome, for bitcoin or any other asset.

Many investors have expressed an interest in gaining exposure to bitcoin, and a subset of these investors would prefer to gain exposure without owning bitcoin directly.”

“An ETP based on bitcoin would offer investors indirect exposure to bitcoin through a product that trades on a regulated securities market and in a manner that eliminates some of the frictions and worries of buying and holding bitcoin directly.” 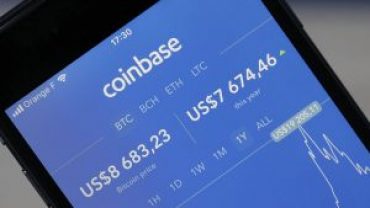