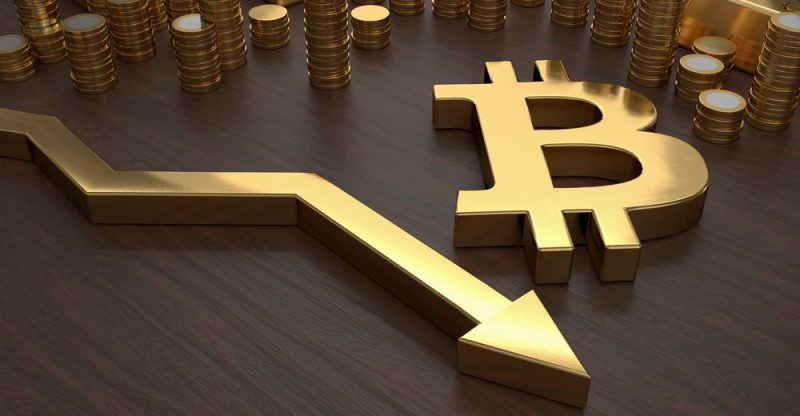 In what has been the sharpest declines over the past month, the crypto market lost $30 billion while the bitcoin price has declined over the past day by over 7.5 percent from $8,150 to $7,500.

For three consecutive days since July 29, bitcoin was able to sell candles on its one-day chart, indicating the lack of volume and drop in the movement of the leading cryptocurrency.

Following the declining price trend of bitcoin, it was reported that:

For the past two days, bitcoin has been finding it difficult to show any sign of recovery in its volume and price, and eventually went through a significant decline in its value suddenly.

Yet, regardless of the drop in value, bitcoin has maintained its dominance over the rest of the crypto market, trading at a yearly high at 48.1 percent for the first time since January of 2018. The reinforcement of the Bitcoin Dominance Index during a very unstable time marks the resistance of investors to make further risks by investing in other major cryptocurrencies and small market cap tokens.

In the past month, bitcoin has been the leading performer amongst major cryptocurrencies in the market. Therefore, given the strong momentum of bitcoin through the last 30 days, it was clear to investors that a decline in the price of bitcoin would result to greater drops in other cryptocurrencies.

Although bitcoin went through a 7.5 decline, Polymath, Bitcoin Private, Pundi X, VeChain, Ark, Aelf, Decentraland, ICON, WanChain, Ontology, and WaltonChain, tokens with active developer communities that have shown strong movement during the first and second quarter of 2018 , recorded declines of 10 to 30 percent in the past day.