In a recently issued statement, the People’s Bank of China (PBOC) detailed its plan of action on how it intends to stop crypto and initial coin offerings activities in China.
The PBOC Head Office in Shanghai last Tuesday updated its risk prevention measures for cryptocurrencies and ICOs.
The bank said: “In recent years, speculation related to virtual currency has prevailed, prices have skyrocketed, and risks have accumulated rapidly, seriously disrupting economic, financial and social order.”
The bank made reference of the announcement in September last year which resulted in shutting down all crypto exchanges in the country, as a measure to maintain financial stability.
The bank emphasized that the country’s “global share of domestic virtual currency transactions has dropped from the initial 90% to less than 5%.” The bank tracked and monitored the activities of crypto exchanges still operating in the country, and found: “Some virtual currency trading platforms originally set up in China have left, registered overseas and continue to provide [service] to domestic users.”
The bank also noted that there were other methods of token issuance. “Another issue is initial coin, fork and exchange offerings (ICOs, IFOs and IEOs) and cyber currencies that are hyped up under the guise of a sharing economy,” Yical Global quoted the bank.
A series of targeted measures were adopted by the National Internet Financial Risk Special Remediation Leading group that was deployed by the PBOC, as a response to the consequences of shutting down crypto exchanges in the country.
The first is to “strengthen the monitoring of virtual currency trading platforms” that provide trading services to domestic users from abroad. The publication detailed:
“China’s central bank has blocked 124 cryptocurrency trading platforms that targeted Chinese residents while using overseas servers to sidestep local laws.”
The second is to strengthen the cleanup of crypto-related payment and settlement services, including efforts to “guide the relevant payment institutions to strengthen payment channel management, identify customers and provide risk warnings, establish a monitoring and inspection mechanism, and stop providing payment services for suspicious transactions.” The bank disclosed:
“Currently, the relevant payment channels have been checked and about 3,000 accounts engaged in virtual currency transactions have been closed.”
The third measure is about ICOs and similar products. The bank aims to strengthen the research and evaluation of these instruments in order to “fight early…prevent problems…and transmit clearer regulatory signals to the market.” As part of this plan, the bank wants to ramp up censorship efforts, including “the disposal of domestic ICOs and virtual currency transaction related websites.” 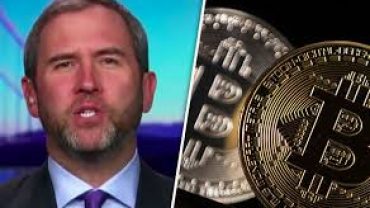