Paysafe Financial Services was founded in 1999. The aim is to provide an online alternative to traditional payment methods. Paysafe wholly owns Neteller, a subsidiary service to Paysafe Group Ltd.

On Friday, the group announced that Neteller has launched an “in-wallet buy-and-sell cryptocurrency feature.” It elaborated: “As of today, Neteller users can buy, hold and sell cryptocurrencies via a recognized cryptocurrency exchange including bitcoin, bitcoin cash, ethereum, ethereum classic and litecoin, purchased using any one of 28 fiat currencies in the Neteller wallet.”

According to its website, some of the methods to fund a Neteller account include Pay by Mobile, Epay, PAysafecard, local bank deposits, and bitcoin. There is also the possibility to upload funds via a number of banks online like Banco do Brasil, HSBC, Itau and Nordea.

The firm claims that: “Our rates  are very competitive by comparison to the average market rates on the major cryptocurrency exchanges.” Paysafe detailed: “Neteller’s new cryptocurrency service is already live in ten countries with plans to roll it out to more than 50 additional markets over the coming weeks and months and to extend the service to its Neteller mobile app.”

The firm said that the minimum cryptocurrency purchase or sale amount is “approximately equal to 10 EUR.” It added that the maximum amount depends on the transaction limits that are associated with each account.

Even though Paysafe Group is authorized by the UK Financial Conduct Authority (FCA), the same does not regulate cryptocurrencies. Neteller’s crypto service is hence provided under the company’s own terms of use.

Neteller users have the possibility to pay, get paid on thousands of sites and send money as well, worldwide. According to the company, “millions have of point-of-sale, ATM and online locations” for users to withdraw or spend their cash. Its website reads: “As one of the world’s largest independent money transfer businesses, we process billions of dollars’ worth of transactions each year.”

The company described: “The Neteller account is an online stored-value account that millions of consumers in more than 200 countries have used to add, withdraw and transfer funds to and from Neteller merchants and other Neteller customers.” 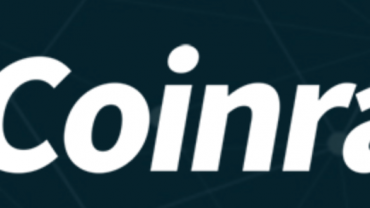