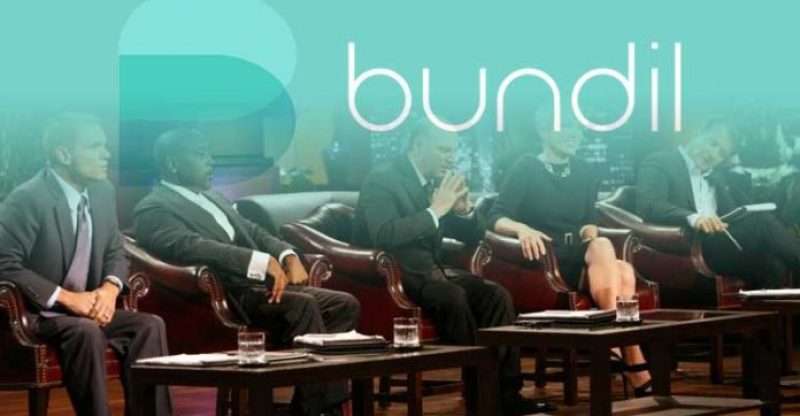 Nowadays, certain services that enable individuals to invest small amounts of money come and go. However, it has become very popular in the past couple of years, for the most part among people.

Recently, an automatic cryptocurrency buying app that rounds up everyday purchases has just secured a $100,000 investment on Shark Tank. The founder of Bundil, Dmitri Love, was on the latest episode of the ABC’s Shark Tank this past Sunday (October 21st). During the show, he presented the app, Bundil.

The app being referred to is Bundil, which is a service like Acorns for the cryptocurrency. This app also grants its users permission to automatically invest their spare change from everyday credit or debit card purchases into a number of cryptocurrencies like bitcoin core (BTC), Ethereum (ETH), litecoin (LTC), and bitcoin cash (BCH). Bundil rounds up transactions from normal spending to the nearest dollar and invests in the cryptocurrency the users chooses.

For safety, Bundil doesn’t hold any of the users’ fiat or cryptocurrency. Instead of using the Coinbase exchange to handle all of the transactions, it also allows users to track their portfolio growth, and manage the holdings all without leaving the app. Its pricing plans start at just $2 per month.

On the show, as required by the reality TV format, Mr. Love told a touchy and uplifting story about how he came up with the idea when he was a biochemistry student at college and self-learned how to program while recovering from a sports injury.

He stated “I thought, man, you know, anyone that’s trying to invest in cryptocurrency has to go through all these steps to try to figure out how to buy it. And I thought there could be an easier way for it to be done.”

Mr. Love asked for $100,000 in exchange for 10 percent of the venture at the start. Kevin O’Leary offered him the requested sum, but for a hefty 50 percent ownership of the startup. Love countered that “50 percent is quite a bit,” but begrudgingly agreed to the deal with the lone shark as the others were not interested in making counter offers.

Nonetheless, this is not the first time the Sharks are hearing about cryptocurrency. Back in 2014, Mark Cuban was doubtful if central banks would allow Bitcoin to grow as it is now. Recently Mark Cuban has become more open to the idea, going on to suggest that his NBA team Dallas Mavericks will sell tickets for crypto.