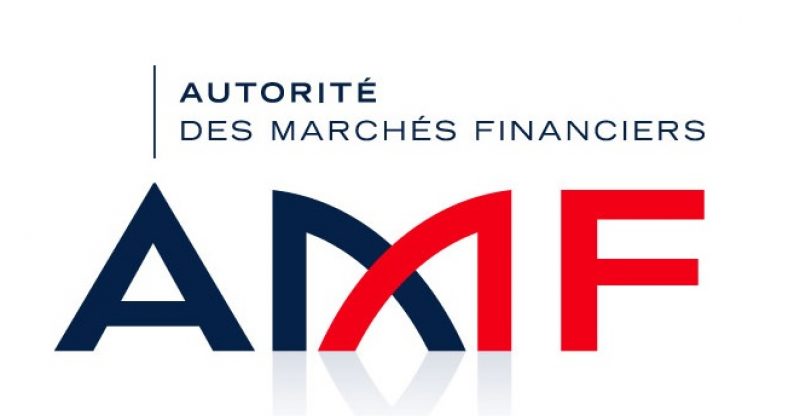 This past Monday, the French financial market regulator commonly known as the Autorite des Marches Financiers (AMF) noted in the warning; the public against several companies proposing atypical investment without being authorized to do so.

The AMF is the stock market regulator in France. It is an independent public body that is responsible for safeguarding investments in financial instruments and in all other savings and investment as well as maintaining orderly financial markets. It was founded back in August 1st of 2003. According to Law no. 2016-1691 on transparency, no investment offer can be directly marketed in France without a registration number or prior approval by the AMF.

Also, the AMF has already published a list of 15 websites offering crypto investments without authorization. The regulator has up to three different lists of unauthorized websites. The first one among the list of three is for forex products, then comes the one for binary options, and last but not the least, for other goods including diamonds, wines, and cryptocurrencies. The agency started keeping track of blacklisted websites since July of last year and begun including crypto sites in December.

During this year’s AMF’s annual report presentation which took place just last month, the Chairman Robert Ophele made the following statements; During the first four months of the year, out of the more than 4,000 requests processed by our Epargne  Info-services center, 700 concerned crypto-assets with 250 claims or reports reporting more than €9 million ($10.43 million) in losses. He added that cryptocurrencies have taken over binary options and highly leveraged contracts for difference (CFDs) as the most pressing problem.

As we speak, France is developing a legal framework for initial coin offerings (ICOs), which is expected to be finalized next year. The agency started clamping down on bitcoin derivatives in February. Nonetheless, France slashed the tax rate on crypto capital gains from 45 percent to 19 percent back in April.