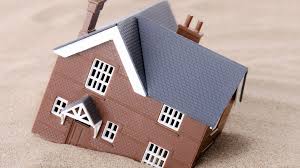 October witnessed a wild increase in Canadian housing sales while at the same time consumer debt took a devastating high turn as numbers were evinced through RBC.

In their latest credit report, RBC claims that household debts have increased by 5 percent over the previous year. It was predominantly driven by mortgage debt of about $74.7 billion (a devastating increase) and 5.9 percent within the 12 months leading up to October.

One shouldn’t ask where the borrowed cash is going- to the housing market of course. Canadian housing prices went up for to about 6.1. percent in the previous year, in conjunction with the growth of mortgage debt.

Following the Bank of Canada’s interest rate cuts, low mortgages are even pushed lower and home sales are reaching an all-time high.

October was supposedly the best month for Toronto realtors as 8,804 homes were sold.

An average detached home in Toronto now costs $1.071 million which is 12.5 percent increase from a year ago. Apartments have increased by 4.2 percent and are an average $406,972.

Toronto’s suburban and exurban areas, as the case of York and Durham, have featured a price growth themselves, with a 12 to 15 percent increase in the past year.

The MLSindex showcases the 42 percent increase in Toronto housing prices in the recent 5 years.

Vancouver has also encountered a 19.3 percent hit in sales in the past year. The regional real estate board has reported a soar in detached homes in the metro area to 20.1 percent which is $1.197 million. Apartments in this areas have grown by 11.4 percent in price to $425,800.

However, skepticism follows the increase in housing prices. Economists are of the belief that with debts accumulating, the Bank of Canada will probably be hesitant to lower rates any further. Thus, the swelling in the housing market will most likely reach a dead end.

“With 70 per cent of Canadian households already owning their own homes and housing affordability declining with the bottoming in mortgage rates and the rise in house prices, lending activity will inevitably slow,” chief economist of Dominion Lending Centres, Sherry Cooper wrote last month.

She further said that Canada has reached its climax in housing but that the slow flop would be “gradual and measured. … We will not experience a housing crash as some Cassandras have predicted for decades.”

Observers are fearful that mortgage fraud is the order of the day as people may feel obligated to comply with the house-price growth.

This was further buttressed by Home Capital, Canada’s largest alternative mortgage lender who said that ‘as much as 10 percent of the value of its mortgages originated from brokers who have been accused of fraud.’

However, some still remain optimistic about the growth ahead. Jason Mercer, head of market analysis at the Toronto Real Estate Board, believes that the demand for new homes will be sure to keep the market afloat.

“Even if we do see a greater supply of low-rise listings in the marketplace over the next year, market conditions will remain tight enough to see continued price growth well-above the rate of inflation,” he said in a statement. 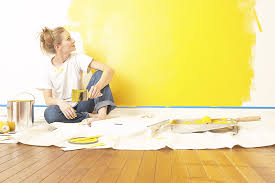