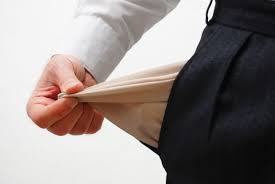 A couple of months back during the holiday season when you had to spend a lot of cash on A LOT of things such as toys, fancy dinners, gifts, clothing… The list goes on.  You’re probably freaking out over the debt acquired and aiming at paying back as quickly as you can.

However, ever wondered what would happen if credit card interest rates were to go up? What’s the likelihood that you would not fall behind on credit card payments. This may not happen with your credit cards but it sure might happen your mortgage payments especially considering mortgage rates.

Can you possibly fend for your own home in 2016 with these growing interest rates?

It is quite ironic that the same policies implemented to aid Canada economically are creating conditions where mortgages from several lenders are necessary for people to own a house.

Government regulators have made things more complex and secure with the increase in the amount of reserved capital that banks must contain in order to prevent losses. Also, they have taken to monitoring and tempering banks’ lending and tightened the qualifications needed to acquire mortgage insurance.

The maximum period given for repayment of an insured mortgage has been reduced 40 years (which was only seven years ago) to 25 years. The federal regulators also put a limit on the amount of total debt that a household can have- if monthly mortgages plus other expenses amount to 40 percent or more of your income, then insurers like Canadian Mortgage and Housing Corporation, including private insurers, would not insure such mortgage. In the end, this led to a stronger business for alternative lenders.

Now if you lived in a huge city in Canada, the likelihood of hitting that 40 percent is more likely than not, right?

Buyers in Toronto and Vancouver have adopted quite an unpleasant idea of scraping cash from several credit cards or accounts so as to place a down payment. Blame should not only be placed on them considering the increasingly shallow price required to enter the market. They could also go as far paying premium interest rated to stay in the market and to furnish their homes.

The fact of the matter is, buyers are too busy trying to pay up and buy homes that there is hardly anything else to cover any sudden or unexpected changes to their homes, such as a serious repair- like a need for a new roof or extra costs?

As a result, so many are swimming further and further in debt to cover those costs. Report by Statistics Canada revealed that Canadians are borrowing more than ever before in the past.

Debt is continuously increasing and unfortunately what most earn is far less than what they owe.

70 percent of household debt in Canada is characterized by residential mortgage debt. 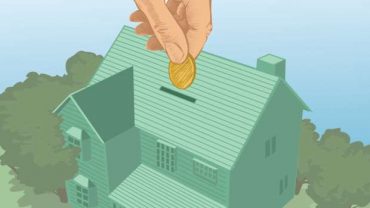