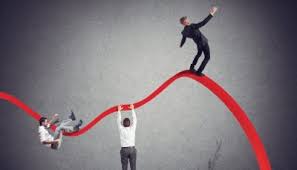 In his new book, Hilliard MacBeth, a Canadian best-selling author, reported that the price of Canadian homes are about to drop by nearly 50 percent, causing the biggest housing crash the country has ever witnessed. However, this could be a great opportunity for well-financed investors to take advantage of.

“Investors who own properties with substantial equity can hang on without any trouble and they will see a new supply of renters who will be looking to rent after being burned as owners,” MacBeth said.

“That will make the rental market more balanced and it will be easier to find a positive cash-flow situation if rents increase. Of course, being well-financed will be the key to taking advantage of this change in the rental market,” he added.

This novel, ‘When the Bubble Bursts’ was released this month and sheds light on the various reasons for the impending crash. In the book, MacBeth believes that one of the reasons for this is the years of ultra-low borrowing rates and home values bloated beyond the income levels needed to support them.

“Canada has a financing system through the CMHC where banks and other lenders can offer mortgages without taking much risk,” Hilliard added.

“Household debt increased from $1 trillion to $1.8 trillion in 10 years between 2005 to 2015. About 3/4 of this total carries some form of government insurance or a government guarantee. It’s important to understand that the insurance protects only the lender and the homeowner is still at risk for the total loss if the housing bubble bursts.”

“An increase of that amount in such a short time is very rare, but when it has happened in other countries, it’s always been followed by a financial crisis, as the borrowing is used to buy illiquid assets such as real estate.”

Quite a number of economists and analysts have shown expressed concern that the country is a housing bubble about to burst, with Bank of Montreal’s latest report, published in February, urging markets like Calgary, Edmonton and Ottawa “very weak” and hot markets likeToronto and Vancouver “balanced”.

Hilliard MacBeth reported that Calgary will be the first market to be affected by the crash, as it is an affordability multiple (ratio of house price to household income) of around 4.5 times, considering the fact that the incomes there are high compared to other market areas of the country.

“But now incomes will drop, perhaps substantially, and therefore to get that ratio back to affordability might require a very large correction,” he added. “Edmonton is similar to Calgary, although slightly less exaggerated.”

“In Toronto, MacBeth sees the condo market setting a dangerous precedent. “The surplus of condos in Toronto that is developing is dangerous too, as an oversupply of units could mean that condos, which are difficult to sell except when brand new, will be dumped on to the market by investors who have borrowed most of the money, or by lenders who have foreclosed on the properties,” he said.

MacBeth is urging homebuyers and investors to diversify away from the housing market. “Be careful to diversify outside of Canada and away from real estate as many listed equities in the financial and real estate sectors will be hit by the crisis in residential real estate.” 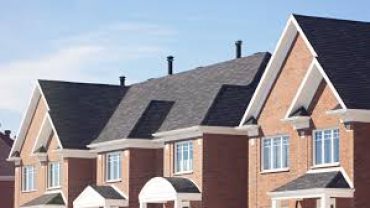