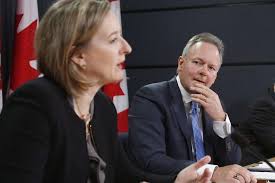 Concerning the issue of the real estate market crisis happening in Toronto and Vancouver, CEO Louis Vachon has taken it upon himself to raise a call for alarm on the situation. Bank managers and economists in the Ottawa area have collaborated to deal with the housing prices and figure out a way that they can sort out this ongoing problem. Alongside them are international think-tanks.

Multiple comments have been made about the housing prices, most especially regarding the present situation Greater Vancouver and Toronto. Because of this reason, Nova Scotiabank has held back from lending mortgages to residents living in these areas. The statistics released by the Real Estate Board in Greater Vancouver revealed that the price of houses has increased to 29.7 percent, which is a huge difference compared to last year’s. The department of Finance has their attention focused on the real estate market and are ready to take any measures if there is a need for it. As at now, they are yet to decide on any action.

The Government has announced that they will be giving $500,000 out of their budget to Statistics Canada to aid them in getting enough information on the foreign real estate investors. Back in February, the mortgage rules took a U-turn, with a new rule that requires any homebuyer to make a 10 percent deposit on a house that is on sale for above $500,000. Prior to that, the OECD said that the country needs to look into extra national mortgage procedures which they could use to stabilize the real estate market and stop the country from ending up in debts. As at now, there is still no agreed option on how to regulate the real estate market cause of the ongoing local changes.

Places like Atlantic Canada, Alberta and Saskatchewan have decreased in homeprices, whereas, Vancouver and Toronto have increased price gains over the past years in their estate markets. Some of the new rules that have been laid down by the B.C government helps to have the market cool down and have foreign homebuyers have their nationality mentioned on the property transfer tax forms, to determine the influence they have on escalating home prices.

The founder of Rennie Marketing, Bob Rennie, does not agree with this. He finds it unfair for foreign homeowners to be taxed. According to him, it will only lead to a tit-for-tat and cause racial discrimination in the province of Vancouver. He suggested that to help defend new homebuyers, there should be a speculated tax. He went on to say that despite the high housing prices in Vancouver, people still long to live in the city and find it hard to believe that the real estate market prices are absurd.

There are many reasons contributing to the rise in house prices in Vancouver and Toronto, which has resulted in low-interest rates, insufficient places to build newly detached houses and foreign buyers.

Benjamin Tal, deputy chief economist of CIBC World Markets said that “Low-interest rates can hide a lot of bad things and you have to tread very carefully”, meaning there’s still no specific cause for the ongoing issue, which makes it harder to deal with.

As the consequences are being brought to light, this will be the best time to have the rules tightened. Banks are finding it hard to give credit to clients that are vulnerable and at higher risk with regards to the subprime section of the market that keeps increasing. What they’ll rather do is go to other issuers, which will make the subprime section of the market increase at a faster rate than the regular market which will increase the market’s profile vulnerability. 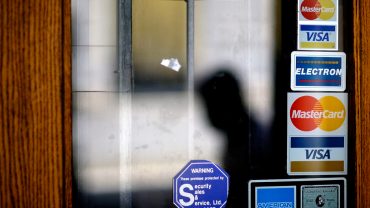