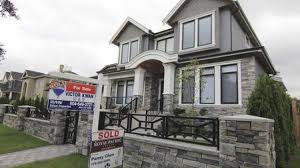 From what the federal cabinet Minister, Jean-Yves Duclos said, there are plans to set down a national housing strategy which will be implemented before the year runs out. During a combined federal-provincial housing declaration that took place in the east side of downtown Vancouver, Mr. Duclos also said the objective of the strategy is to have it planned out and set in place before fall passes, to help in preparing the 2017 budget, which is expected to showcase the cooperation work that will be taking place in the years to come.

Mr. Duclous who happens to be in charge of the Canada Mortgage and Housing Corp is also the Minister of Families, Children and Social Development. The skyrocketing prices of houses in Vancouver and Toronto, which has caused the Bank of Canada to issue a strict warning, serves as a cause for alarm and a concern for many as worrisome complaints were forwarded to the national housing strategy to settle the issue.

To signify the fall in the housing crisis, a symbol of a tent city has been put up in the capital of British Columbia, where the housing minister will hold a meeting to come up with a plan to tackle the issue at hand. To encourage federal-provincial cooperation, a sum of $150 million has been made available in the federal funding for the upcoming two years to settle housing issues in the British Columbia area.

The finances provided for the implementation of the strategy is about $50.9 million, to be used for renovation and repairs of the social housing segment. This was announced at the social housing project, which is partly financed by the government and currently undergoing construction. House meetings are always planned to address ongoing issues occurring in the housing market which is of great concern to the public. A time frame from now to August 1 has been given to the provincial government to come up with a new vacancy tax that will have those who have are in possession of housing stock penalized for it while there is a rental crisis. Either the city endorses it or gives the provinces to come up with a plan of theirs.

The Liberal government of Premier Christy Clark has vowed in a video posted on YouTube, to take matters regarding the housing issue more seriously in a matter of weeks. She basis it on these fundamental six principles: “protecting the dream of home ownership, supporting first-time home buyers, increasing housing supply, increasing rental supply, expanding smart transit and protecting consumers.”

Even the government has responded to the announcement made by Ms. Clark, and preparing new policies that are yet to be revealed. Mr. Coleman thanked the government and announced they are available and ready for improvement and partnering work to promote the latest housing projects in British Columbia and other places. The concern as at now is the unavailability of rental spaces and other ongoing situations in the rental market. The report on the renting of single rooms has declined from 36 percent of $375 a month to 70 per cent from the year 2009 to 2015. In the same time frame, rooms leasing for $451 for a month has gone up from 14 to 41 percent, providing revenues for the area to renew a large number of hotels to occupy people for a reasonable amount.