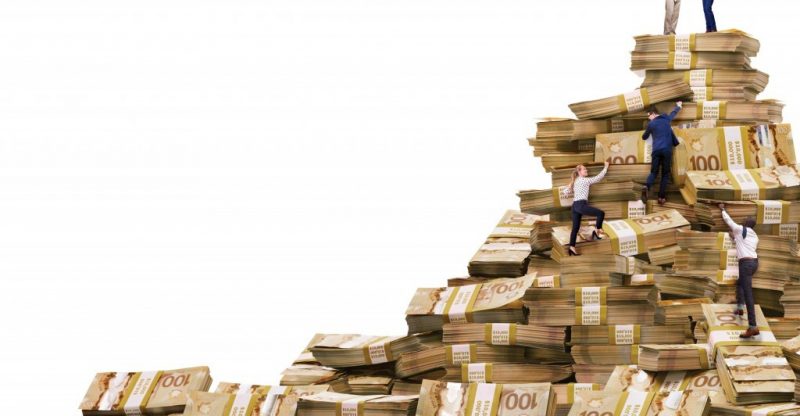 The Swiss Bank says that there are 1.17 million millionaires in Canada after its 7th annual report on global wealth. Vancouver is the city with the highest number of millionaires according to the study. Canada is home to 3% of the world’s millionaires.

The average wealth per Canadian adult in within the country is $270,000 US. While Canada added relatively few new millionaires this year, Credit Suisse expects that pace to increase sharply over the next five, as the ranks will increase by over than 50% to 1,680,000 by 2021.

Currently, the bank reckons the average wealth per Canadian adult in Canada is $270,000 US, a figure that has increased by about $2,000 in the past year. That’s much lower than the U.S., where the average net worth per adult is $344,000.

The midway point for wealth in Canada is $96,000 US: half of Canadians have more than that while the other half are have less. In the United States, the number is $45,000, which means half of Americans are worth less than that . Even though the country has 13 million millionaires.