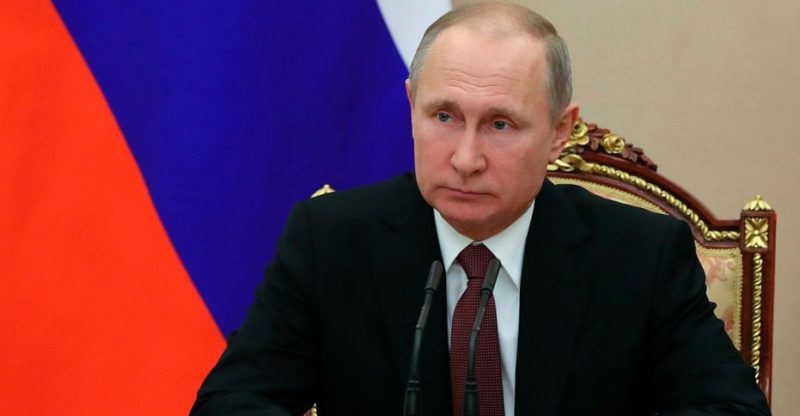 Russia’s president, Vladimir Putin, re-emphasized the need for blockchain development not to fall behind, during a meeting with the president of Sberbank, Herman Gref.

In response, Putin, without specifically mentioning blockchain, brings up the question of why Russia needs this industry, when he then says that the industry is developing well in Russia and has a “good intellectual base.”

According to Gref, there should be constant training for people in blockchain considering the demand worldwide, he stated the need for a very careful regulation, and not prohibitions for the purpose of creativity and growth.

Sberbank had partnered with Russia’s Federal Antimonopoly Service (FAS) sometime in December last year in introducing blockchain for every document transfer and also storage systems, with plans of launching a cryptocurrency exchange scheme in Switzerland.

Putin responded saying “we have everything oil, gas, coal, metals of all kinds gold, platinum, diamonds, everything!” why then do we need such industry? There isn’t any doubt that the industry is growing well in Russia, however, the country needs more creativity. He went further to cite a quote by the past minister oil in an undisclosed Arab country:

“The Stone Age did not end due to the lack of stones, but because new technologies appeared.”

For instance, Putin still states that it wouldn’t be a bad idea if Russia has its own CryptoRuble, plus after meeting with Vitalik Buterin, co-founder of Ethereum, Putin feels it would be a sound idea if they also launch new multinational cryptocurrencies. Putins worry is that Russia might fall amongst countries who are late to adapt and adopt new technology, thereby depending on their leaders development.