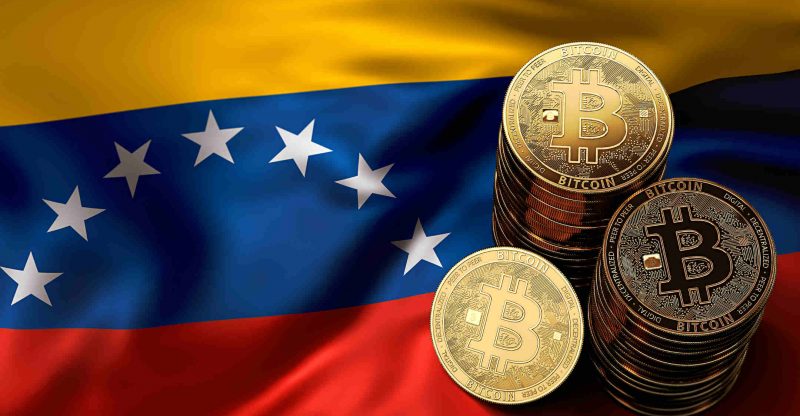 On Feb. 20 the pre-sale of Petro was launched and has already raised $735 mln, according to Maduro’s Twitter. Total amount of PTR issued for sale is 100 mln and is worth $6 bln. The pre-sale will end on March 19.

The following questions are raised by this contentious project: what is Petro in an economic context and what would be its possible real use in the global economy? Is it a cryptocurrency, a stable coin, oil futures, new government debt instrument or something else? What is its possible economic impact? Which legal issues could follow?

Having carefully studied the Petro white paper and other data available, we present below the results of the analysis.

According to Maduro, Petro being backed by the Venezuelan crude oil is one of the best ways to use new technologies to restore the financial condition of Venezuela. For many years, the country has been suffering from hyperinflation by thousands of percent per year, while US sanctions cut off Venezuela from international capital markets.

The idea of issuing cryptocurrency by the government has been suggested before (Japan, UAE, Russia, and some others), but has so far fallen short of authorization by top officials and practical implementation.

Petro has received official recognition from the Venezuelan government. President Maduro has signed a white paper clearly stipulating the conditions and dates of the token sale. Its activity is aimed at both internal and external markets and carried out at ALBA (Bolivarian Alliance for the Peoples of Our America) and OPEC (Organization of the Petroleum Exporting Countries) levels as well.

The original white paper, published on the official website of Venezuela’s government describes the process of issuing Petro. The initial disbursement will be made on the Ethereum platform as a standard ERC20 token. It also states that the Petro price will be correlated with one barrel of Venezuelan crude oil.

The basic items of Petro are mentioned in the white paper as follows: (all the information in this table is the white paper summary and the details are stated as they are in the original document):

Petro is not solely a token equal to the raw oil barrel price. They are looking at broader functioning:

Unfortunately, the White paper is drafted in common language without any detail on an assumed technological base to launch a full-stack digital platform. Plans to develop such a platform are also absent.

100 mln coins will be emitted at launch. Their initial distribution is planned as follows:

El Petro’s minimum unit is called the ‘mene’ and equals 10-8 Petro. ‘The total emission of El Petro is to be carried out at the initial coin offering,’ further down in the document we find that ‘an additional emission can be made as per the result of El Petro holders vote: 1 coin equals one vote.’

The project’s architecture is aimed at El Petro’s maximum involvement into settlements between economic agents. The main use cases are as follows:

As a legal means of payment on the territory of Venezuela, which allows for tax payments, exactions, duties and official acceptance as the settlement by individuals and businesses. To intensify the use there is a special discount index (Dv):

Seemingly, this means that paying taxes and any other settlements with state bodies would be at least 10 percent cheaper in El Petro at the current exchange rate than in traditional currency (i.e. in Bolivars).

In the future, the use of Petro is planned to be expanded into other payment markets promoting its use in the world as a stable currency backed up by a real resource.

As the document states, Petro will fully comply with Venezuela’s legislation. Nonetheless, the opposition in the National Assembly publicly claimed that issuing Petro was illegal. Some operations with Petro, such as initial sales, subsequent exchange to oil and other assets at ‘authorized exchange sites’ will be carried out in strict compliance with KYC/AML, yet the standards for these are not stated in the document.

Overall the document goes well beyond the scope in which Petro was covered by the media in late December and early January. Earlier it was considered to be simply a cryptocurrency backed up by oil. Conversely, over the course of deeper investigation into the white paper, one could see that it also announces future creation of a platform for e-commodities (digital representation of goods/raw materials), greatly expanding the concept.

At the same time, some parts of the Whitepaper lack fine details, and some statements are not backed by any sufficient explanation. Some items feature information that could seem contradictory. A more thorough white paper with extra technical details would probably spark much more interest and trust in global crypto community.

All taxes, levies, duties and excise duties as well as other payments to state bodies can be made solely in this currency (currencies)

In the case of Petro, the government, businesses, and individuals can (but are not obliged) to accept it as the currency for all the payments and levies. Despite the fact that the whitepaper declares the maximum strengthening of Petro use – up to the discount index, which actually makes it more beneficial for use on the market compared to the Bolivar – we still cannot confirm that Petro fully corresponds to the concept of a legal means of payment. It is a payment instrument that has the attributes of a legal means of payment but is not necessarily such.

In reality, the value of produced currency is to be ‘secured’ by the responsibility of Venezuelan government on providing the goods, i.e. the oil, and by its acceptance as the payment to state bodies. In theory, Petro looks more like the currency of the gold-standard period that is technically implemented by virtue of Blockchain technology.

The perception of Petro seems to be both simple and complicated. Thus far, there has been no model of issuing cryptocurrencies with such broad functionality to the mass market by the government. Petro is the ‘intersection’ of several familiar concepts from the world of conventional finance.

In Venezuela, Petro stands close to the concept of a legal settlement medium, and in global trade, it is basically a conditionally-stable crypto asset (oil also has specific volatility) that is in fact an oil future without a specific delivery date. Petro could also be assessed as an instrument for tax and levies payment with discounts in a concrete jurisdiction (in the ICO world: a token discount on the unique goods or service of the project). From the investor’s viewpoint, at the time of running the crowd sale, the purchase of future oil delivery (the futures) is made with the nominal discount.

That being said, Petro can be conservatively viewed as a new monetary aggregate in the structure of Venezuelan monetary mass. Unlike the Bolivar, it is expected to be easily converted into the US dollar as well as other currencies, which will help Venezuela in export trade.

Therefore, it all comes down to ‘a special monetary aggregate for international payments’. Since it is planned to issue 100 mln coins with each coin equal to one oil barrel ($60), its total capitalization will amount to $6 bln.

This cost will be actually created during the initial offering with the Venezuelan government receiving several billion of real US dollars from investors. Taking into account the parallel with the oil price and based on the price range starting from 2008 ($30-$150 BBL), we could claim that this monetary aggregate will amount to somewhere between $3 bln and $15 bln. The white paper doesn’t have any grounding on why this specific amount of coins is issued. However, this amount should probably be calculated according to the country’s demand in US dollars and foreign trade transactions.

From now on by order of Nicolás Maduro the oil state corporation PDVSA is obliged to carry out transactions in Petro. Furthermore, all public and private services like hotels or services of the Venezuelan consulates can now legally accept Petro as means of payment. At the same time, the circulation of digital currency has not even started yet, but Maduro is already preparing a full-fledged legislative and actual infrastructure for future acceptance of Petro.

Many questions arise upon scrutinizing the project, and finding answers to them might clear up the future of Petro. Here we’d like to list some major concerns:

Is it a currency or an oil future? And to what extent is it legal? Taking into account Venezuela’s condition under economic sanctions, it’s highly unlikely that this monetary tool will be easily accepted by the global community. And if it is not, Petro investors and users could get into trouble with the law in jurisdictions outside Venezuela.

What are the risks of money laundering through Petro? There’s a clear possibility that it could be purchased with the funds that were received illegally at crypto exchanges or privately, and then exchanged to oil that can be ‘laundered’ and documented to eventually be sold under above-board business practices in various jurisdictions.

Taking into consideration the political and economic situation in Venezuela and the level of corruption, it’s very likely that KYC/AML could become a rather byzantine procedure. Another question is whether major crypto exchanges would agree to list a token that is contradictory in terms of legal compliance.

The project is initially issued at a digital platform. However, there is zero information on the technical parameters of the future blockchain system.

What is the discount index going to be like? The white paper states that ‘no less than 10 percent’ will be available. This could be a point of leverage for Petro’s popularity in the country.

It should be noted that introduction of Petro could put Venezuelan national currency Bolivar into even more miserable condition.

The issue of additional issuance is not fully transparent. If it is done with consideration to holders’ votes, then apparently the government will profit from accumulating >50 percent of the coins and sooner or later start disseminating whichever amounts it chooses. On the one hand, it is useful for Venezuela’s economy: it could actually put into full swing the printing of ‘hard currency,’ on the other hand, a trust issue could arise. 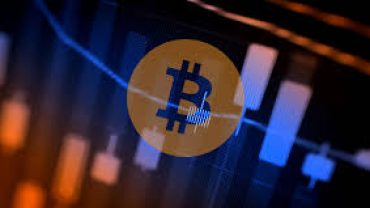