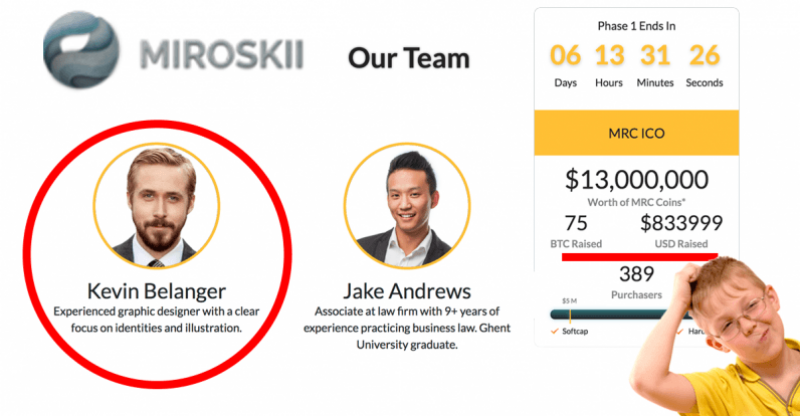 Recently, initial coin offering (ICO) Miroskii plans to make use of blockchain technology to set up a decentralized bank. They presented a quite good white paper which indicated some good projects. On their website, it shows the photo of the team in charge of the project too. However, those familiar to Canadian Hollywood actor Ryan Gosling would see a stock image of him as a so-called ICO graphic designer. Surprisingly, if you take a closer look, you will come to realize that the whole team is just a sham and random forms of business organizations who are not related to the cryptocurrency.

In the past couple of years now, a good number of ICOs, blockchain projects and even ERC20s have made billions of dollars in cryptocurrencies. Most of these projects just present their website, white paper and make billions. These projects are being described as real vaporware, which is in this case they are just concepts. There are cases where after months these projects would still not present anything. These days it’s hard to know if an ICO is genuine or not. Miroskii however, was pretty obvious with the entire team being fake members. So far Miroskii has managed to make more than $800,000 and has already made plans to organize another funding round next week.

The main reason why this Miroskii project is suspicious is the fact that the whole team in charge of the project looks fabricated. Evidence of this is the ICO’s artist called Kevin Belanger, who, Miroskii describe as an experienced graphic designer with a clear focus on identities and illustration. Kevin Belanger’s photo on the website looks just like the Hollywood actor Ryan Gosling. As a matter of fact, it is a popular stock image of Ryan Gosling that magazines, newspapers, and even adverts use a lot.

Jackson Palmer, the founder of an ICO called Dogecoin was the one who tweeted about the phoney team and soon after that people started to notice it.

Cnet, an American media website states that the entire team is fake and the story was originally exposed by the Twitter handle Cryptoshillnye. That was not the only Twitter handle that discovered something about the project. Claus Washlers indicates that Perry Henderson, a member of the team is apparently a CEO of various companies, however, Mr. Henderson is just a real estate agent from Texas. Another member is Joel Hermann, who Miroskii describe as the founder of Mysterium Network and huge technology fan but is actually Ben B. Rubinowitz, an attorney from New York. 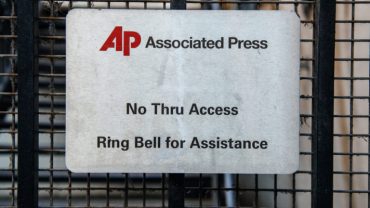