There is no doubt today that most of the great ideas always have the humblest beginnings. We have a very good example, Avon which is one of the most popular cosmetics company today, which began as a single door-to-door salesman named David H. McConnell. It only took him to observe for him to notice that he made more book sales when offering free samples of perfume to his female customers. He then decided to drop the books permanently to set up a shop as the California Perfume Company.

From that moment, he experienced a boom in his business, which of course required much more capital to get further off the ground. As the manner was in that era, McConnell went ahead to his local bank and made his pitch so as to get funds for his business. This move eventually led to a multi-billion-dollar company.

The question now is: what would have happened if he hadn’t gotten the investments required for his company to stand? It might not have existed, or at least, not in such an impressive state.

Investment is defined as the way a company or a society will collectively choose which ideas are most worthy. This is what turns a garage-based startup into a tech powerhouse listed on the NYSE, and this notion yields enormous amounts of wealth for participants. Launching a new IT company has become much easier in this high-tech era, the only inconvenient being that the internet connectivity doesn’t extend into the investment sphere. It is much easier to invest in companies well established via the equity markets, but what about companies that are yet to bloom?

Entering into casual business is a very hard task to overcome considering the amount of paperwork and effort required, and even the transactional costs to process deals, which are themselves, significant investments. Even at that, the best ideas usually receive their funding behind the closed doors of venture capital firms, caused by their iron grip on institutional money.

Retail investors want to help startups by investing their own money and get the potential rewards. But even at that, opportunities for them to do so are been kept out of reach for selfish reasons.

Blockchains platforms like OnPlace can now be used by ambitious tech startups for funding. Such platforms grant startups access to a vast and decentralized community of retail investors. Being a digital ledger, projects listed on OnPlace stand the same portion of equity to part with and make them available to all the participants on the platform. Smart contracts ensure that the process is standardized and enforced autonomously, which eliminates the burden of bureaucracy and execution that paper contracts impose on the existing paradigm. 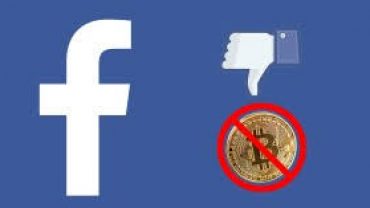