Over 12 members of Congress have signed a letter requesting Securities and Exchange Commission (SEC) Chairman Jay Clayton to give clarification regarding the guidelines the agency uses to determine whether cryptocurrency assets are securities under federal law.

According to co-signer Rep. Ted Budd (R-NC), the letter has already being signed by 15 lawmakers across the political space, tells Chairman Clayton that members of Congress are worried that the SEC’s inability to release definitive guidance on what clearly determines an ICO token a security is resulting in startups to leave the U.S. in favor of areas with definite rules.

“Current uncertainty surrounding the treatment of offers and sales of digital tokens is hindering innovation in the United States and will ultimately drive business elsewhere.”

The letter which according to Rep. Budd claims is the “byproduct of months of work and conversations” with industry trade groups and other lawmakers from both the Republican and Democratic parties, the legislators query the SEC’s decision to use enforcement actions in lieu of formal guidance to explain policy on cryptoassets.

“We believe that the SEC could do more to clarify its position. Additionally, we are concerned about the use of enforcement actions alone to clarify policy and believe that formal guidance may be an appropriate approach to clearing up legal uncertainties which are causing the environment for the development of innovative technologies in the United States to be unnecessarily fraught.”

The lawmakers wet ahead to demand Clayton to answer three specific questions in relation to the legal status of ICO tokens and other cryptocurrency assets such as his decision regarding a statement by William Hinman, director of the SEC’s division of corporation finance, which showed that he is not confident that ether should be regulated as a security, in spite of the fact that it was initially funded through a token presale.

The release of this letter comes following Rep. Warren Davidson (R-OH) held an ICO summit on Capitol Hill in which representatives from the cryptocurrency and mainstream financial industries demanded Congress to give a definite regulatory framework for blockchain innovation. 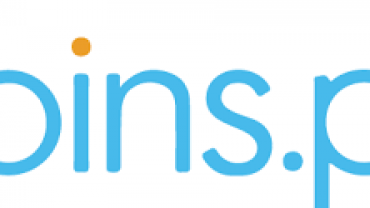