The REMAX Commercial report highlighted that Greater Vancouver has experienced a sharp decline in the sales of commercial properties in the previous year, however not because of low demand, rather as result of supply being seriously constrained, unlike last year’s accessible inventory. For the second quarter of last year, there were 875 sales, while this year had 595 sales. The total of commercial sales totalled to $4.62billion last year, while it fell by 37.5%, totalling down to $2.89billion for this year. The second quarter of land sales year-over-year went down to $2.12billion to $1.51billion from 2016 to this year by 29%.  The major market drivers in the Greater Vancouver area are local investors according to the report, yet still, most people from the southern part of the border as well as Asia and Europe are showing strong interest.

With the vacancy rate for the high-end office being at 6.7%, more office spaces were taken up by the GVA, with 70,000 square feet of industrial spaces absorbed, 50,000 more than last year’s figure. Amazon helped the numbers pad up, by renting out 76,000 square foot of office space at the starting of this month. There’s need for more infrastructure space for post-secondary institutions, and the 30 stories Bosa Waterfront Centre near B.C. Place could just be the saving grace, as they have 335,000 square feet of office space available. West Pander will sometime soon undergo development and growth in due time. Bank of Canada was reported by REMAX to have had an increase in their interest rates, which in turn has not had any impact on them yet so far, that could, however, take a turn in the coming year, with a likely increase in December. The low supply will continue into next year for the commercial market.

The future for Alberta capital city is all bright as the value of commercial sales will increase by 39% year-over-year through the second quarter, reaching the $1billioon target for the first time in three years. The commercial property market had more private investors active in Edmonton and institutional investors have their gazes fixed on the fundamental retail and industrial properties. The industrial sector’s retail vacancy rate being at 5%, had an increase of $331,872,034 from $158,933,000 through the second quarter, with it being less than 8%.

Unlike last year, the first quarter of this year had an increase of 202% in the sales of office space, mostly due to the sale of a five-building office portfolio. The vacancy rate is way more than the rate of commercial property because of the 1.8 million square feet of new office space which is being inoculated into downtown Edmonton. The office space observed by property owners can be made the best use of by buyers in the market who are eager to have their investment portfolios expanded. 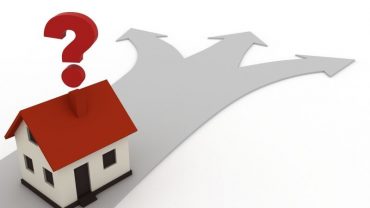